the hottest ticket in town 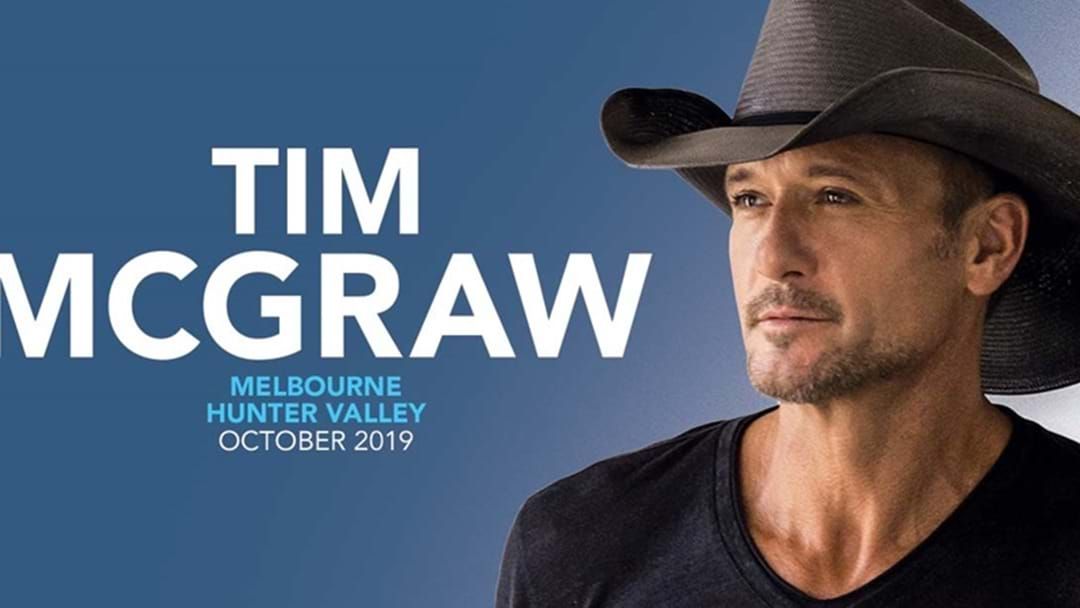 American country music superstar Tim McGraw is returning to Australia for the first time since 2012 to perform two massive headline shows at Hope Estate in the Hunter Valley and Melbourne’s Rod Laver Arena.

Tim has sold more than 50 million records, won 3 Grammy Awards and 11 American Music Awards and he’ll be bringing the full firepower of his North American tour to Australia in October.

“I have always enjoyed playing for Australian audiences, who are some of the loudest and most loyal music fans in the world.  It’s been too long since I’ve been there, and I look forward to seeing you at these special concerts, bringing my full show to fans in the Hunter Valley and Melbourne,” said Tim McGraw.

Don’t miss your chance to see one of country music’s greats when Tim McGraw returns to Australia later this year. Secure your tix HERE.