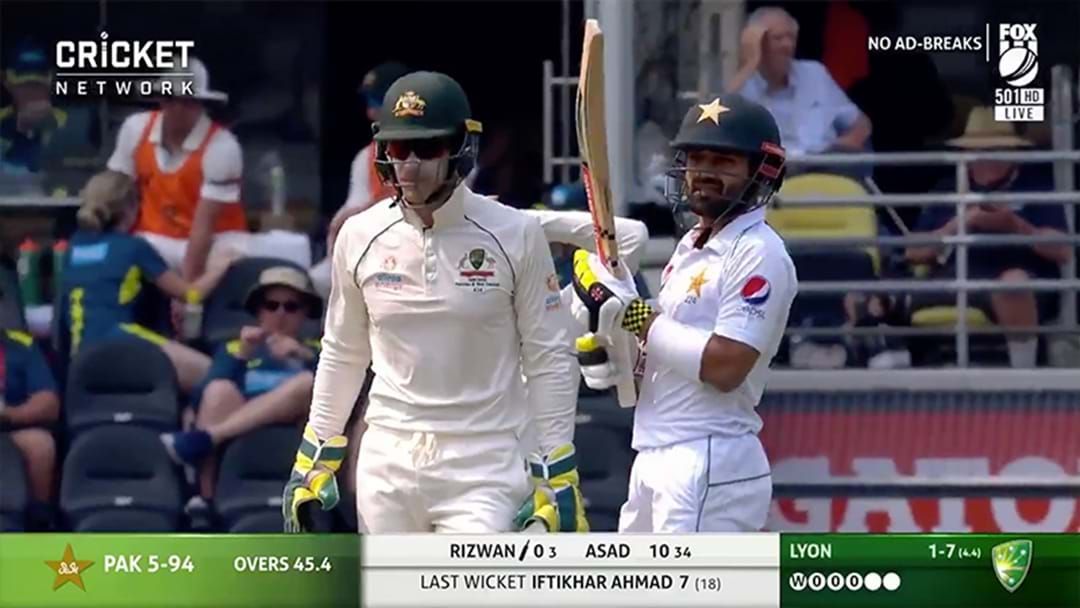 Aussie keeper/captain Tim Paine made a bit of a name for himself running weird banter on Indian batsmen last season.

He’s back at again this year, trying to put off the Pakistani batsmen with some odd gear including telling opposition keeper Mohammad Rizwan that he “smells nice”.

Then he tells Marnus Labuschagne that Rizwan “smells good though… smells very nice.”

It didn't work as well as the Aussie skipper would have liked - Rizwan made 37 off 34 balls before getting dismissed in controversial circumstances.