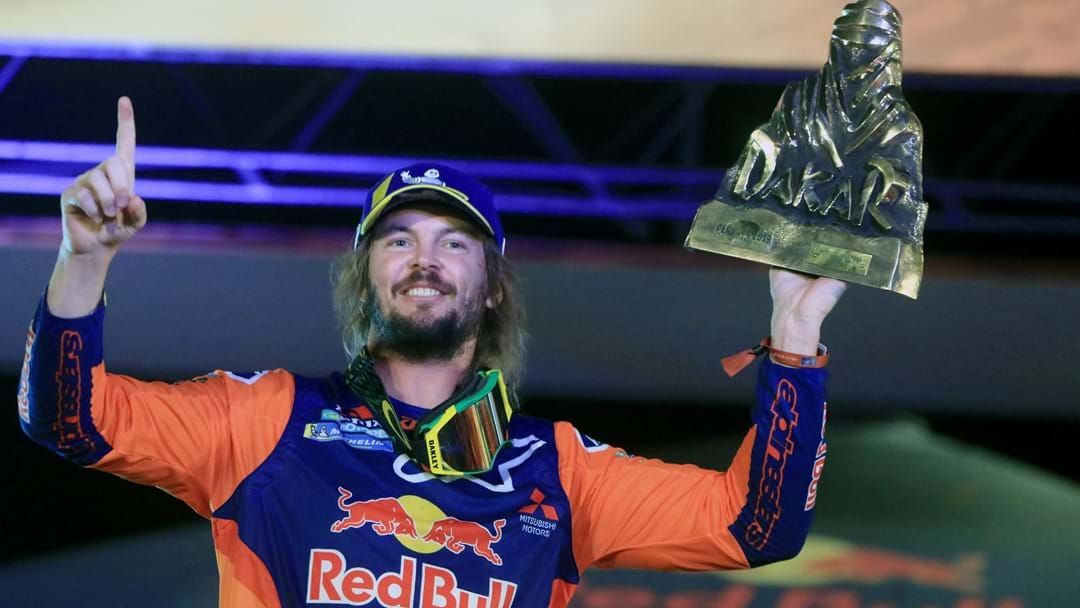 The toughest man on two wheels, Toby Price, joined The Big Breakfast this morning to recap his heroic victory in the Dakar Rally.

The Gold Coast KTM Redbull racer charged to victory in the Peruvian desert on his motorbike despite carrying a broken wrist, an injury he sustained in December.

And now Price has gotten real about his “two weeks of hell”, telling Marto, Robin and Nick Cody that he wasn’t sure he was going to make the whole race.

“Getting on the plane here in Brisbane I actually didn’t know if I was going to make the whole race. I was going to be happy to make stage three and come back home,” Price said.

“I’m definitely reconsidering it now…but that victory takes away all the pain.”

The 31-year-old also joked about his “five-star luxury” accommodation along the race, comparing it to some of the other racers’ set-ups.

Hear Price’s full chat with The Big Breakfast below: