He revealed who is doing what. 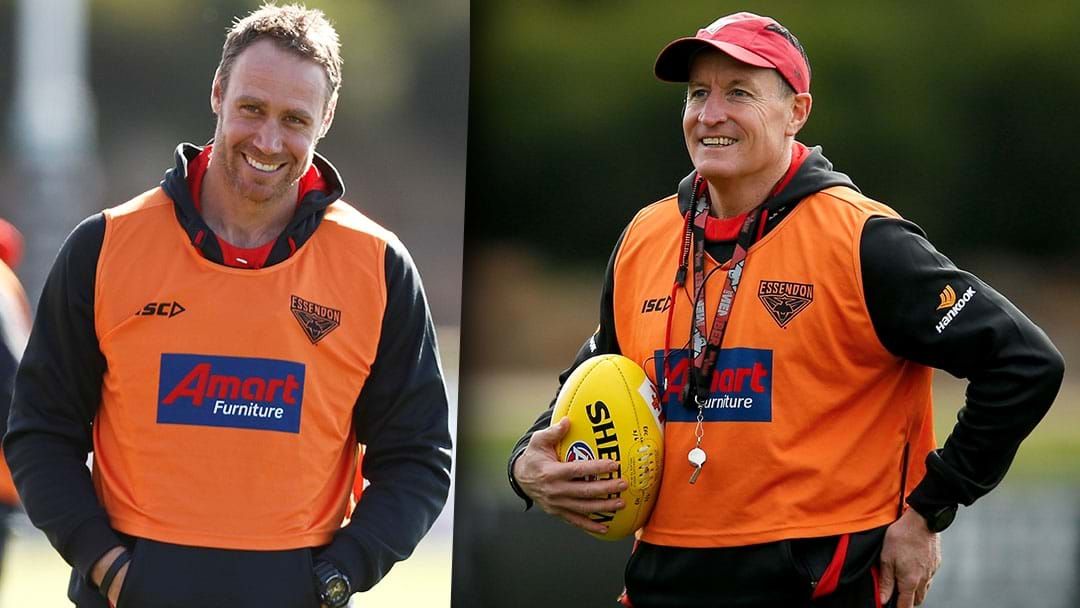 Essendon ruckman Tom Bellchambers provided some insight into the coaching relationship between current coach John Worsfold and his understudy Ben Rutten on The Hot Breakfast this morning.

The Bombers announced last season that Rutten would take over from Worsfold at the end of the 2020 season.

Bellchambers explained the working relationship between the pair and detailed how they have been sharing the responsibilities during the preseason.

Bellchambers also gave an update on Conor McKenna & got stitched up having to reveal how he met his girlfriend!

Listen to the full chat with Bellchambers below: