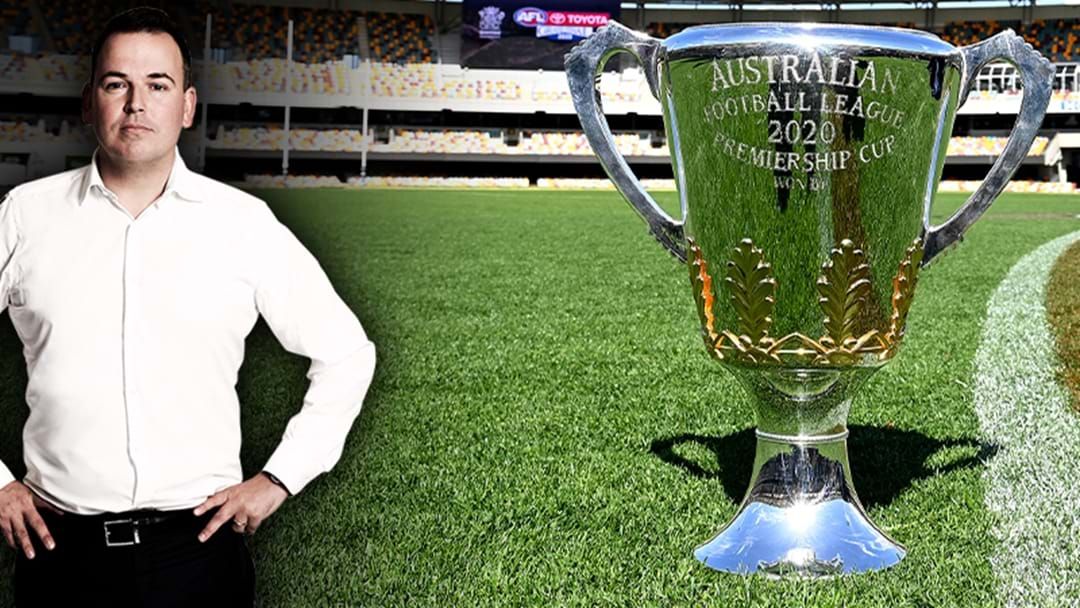 Hot Breakfast chief footy reporter Tom Browne brought some mail on the fixture of the first week of finals this morning.

“The big story this morning, St Kilda and the Bulldogs, the AFL flagging yesterday that that game… could be in Adelaide,” Browne said.

“The reason for that, I understand, is that it is the AFL’s preference at this stage for St Kilda and the Bulldogs to be played on the Saturday afternoon,” Browne said.

“That means you can’t use the Gabba twice on Saturday, because I think the AFL’s looking at Brisbane Richmond on Saturday night, and I’m also led to believe there’s not a great deal of TV equipment in Queensland, so you couldn’t have a game, for example, played out of Metricon on the Saturday afternoon then the Gabba on Saturday night.”

Browne also gave what he thought could be the first week fixture.

“I’d say West Coast Collingwood Thursday night, which means that Collingwood will potentially have to leave Queensland as soon as tomorrow,” he said.

“Then I think you’d have Port Geelong on the Friday night, Brisbane Richmond on the Saturday night, and St Kilda Bulldogs on Saturday afternoon.

“You could flip the Thursday or Friday games, having said that Port and Geelong finished in the top four so I’m guessing they’d want the longer rest.”