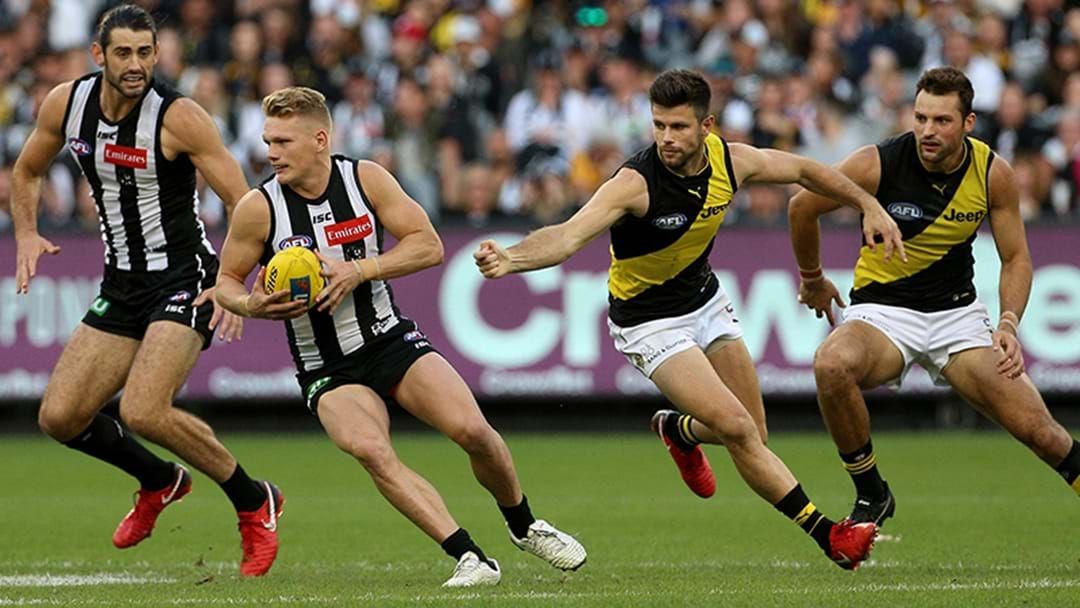 With Victorian restrictions beginning to ease, we seem to be inching closer to the return of footy!

Tom Browne reported this morning on the Hot Breakfast the likely return date & the two major clubs tipped to kick off the season's resumption.

Browne believes that the first game of Round 2 is likely to be a Thursday night blockbuster between Collingwood & Richmond on June 11th.

These two clubs were supposed to square off initially in Round 2 (March 26th) when the original fixture was released.

The other possibility speculated by the Hot Breakfast team was the potential of a Collingwood vs Melbourne 'Big Freeze' match to kick start the season again.