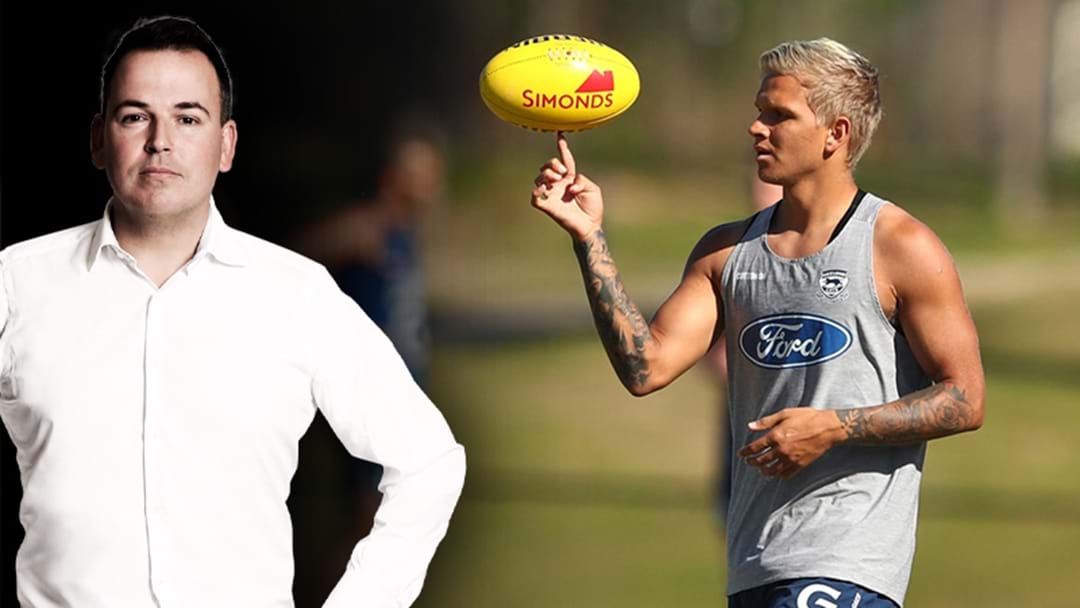 "[Narkle was left] out of the team after I think 34 and 25 possessions give or take, that obviously just reflects the strength of Geelong’s selection process at the moment," Browne said on the Triple M Footy News Update.

"Narkle is very happy at Geelong, but he is out of contract, and I spoke to his manager Ralph Carr yesterday who emphasised that he had no problems with the fact that he was dropped or Chris Scott’s comments in the way he was dropped, there’s no issues whatsoever.

"But… getting a regular game will impact his decision on his contract at the end of the year.

"He clearly wants to play footy."

Tom Browne also discussed Geelong’s issues getting out of Adelaide after the game, how the playing group may have affected Nathan Buckley stepping down at the Pies, Chris Scott’s crowd confrontation and more.