AFL NewsTom Browne On The Financial Struggles Within The League

Tom Browne On The Financial Struggles Within The League 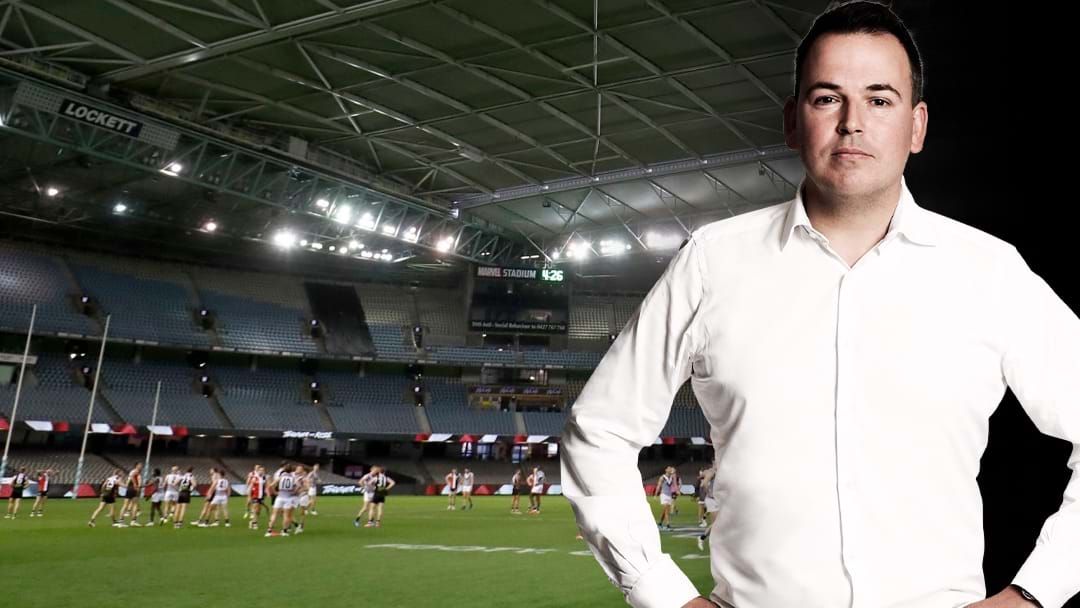 Triple M Footy's news breaker Tom Browne provided an update on how much the COVID uncertainty in recent weeks is expected to cost the league.

Browne explained that the AFL have been in conversation with all its players surrounding the impact of COVID and what club's finances will look like going forward.

"What I learnt this morning ... in the last three weeks if you take into account club losses through spectators not being able to attend, and now huge membership and sponsorship uncertainty," Browne said.

"There's a view that the last three weeks cost the AFL up to $50 million dollars."

Adding that players expected to see a return following last year's cost of continuing, which has now been flipped on its head after weeks without crowds at prominent football stadiums.

Clubs are set out to lose valued members of their coaching staff "if they don't increase that football department cap by more than what's been proposed".

Browne discussed the pay situation with players and the AFLPA may need to oversee a pay cut for their players.

"The whole financial model now is under tremendous pressure."