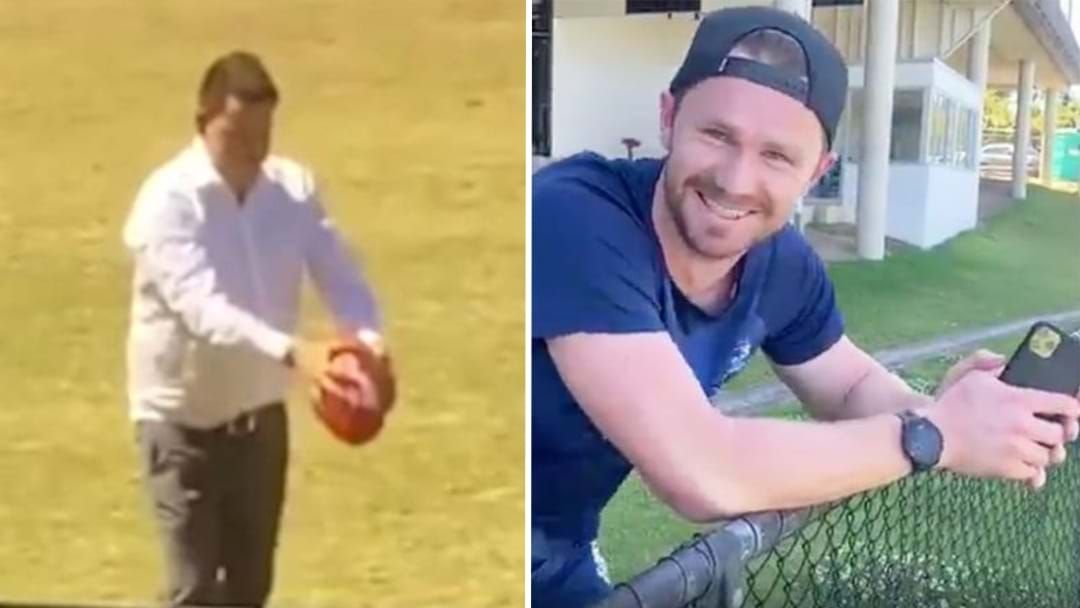 The tables have turned on Tom Browne after he was sprung on camera by Patrick Dangerfield having a kick of the Sherrin in his suit yesterday.

Tommy joined the Hot Breakfast to cop the heat from his performance including some strong social media feedback!

"I feel the players are fighting back... It's quite appropriate they're turning the tables on me!"

Darc questioned his one-handed attempt to mark the ball, saying he needed to be better knowing AFL players were lurking around.

Tommy tried to claim all his other grabs were two handed and the one Dangerfield filmed was a one-off!

He also clarified that he is clear from a suspected finger injury, which many punters online were concerned about...

Patrick Dangerfield, Damian Barrett & Tom Browne are all joining the Friday Huddle tonight on Triple M! Tune in from 6pm.

Catch the best bits from the Hot Breakfast this week: