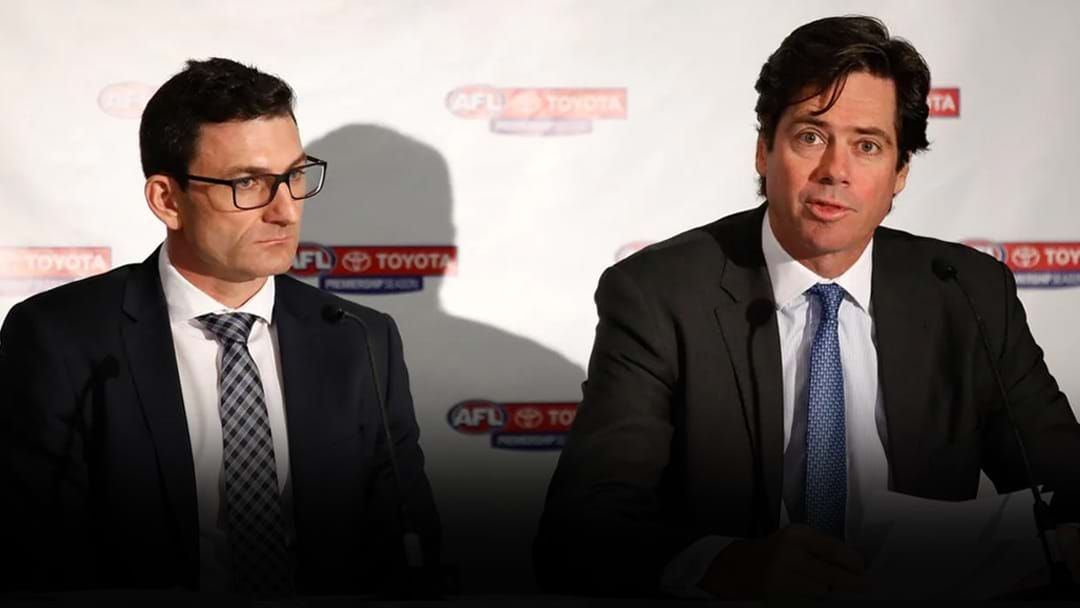 Triple M Footy's Tom Browne revealed the AFL's planning involved in setting up the next person to take on the top job, once AFL CEO Gillon McLachlan is prepared to move aside.

"I think the AFL is beginning to position Travis [Auld] as Gillon McLachlan's successor," Browne said.

"He's certainly got the support of Gil, to become the new CEO of the AFL."

Auld has worked in the role of AFL General Manager, Clubs and Footy Operations since 2014 after building a portfolio on Essendon and Gold Coast's board.

Browne added that Auld has been working extensively in recent times to ensure the competition remains agile with its fixturing.

"He's taking out more and more responsibility .. Travis is in pole position now to take over from Gil."