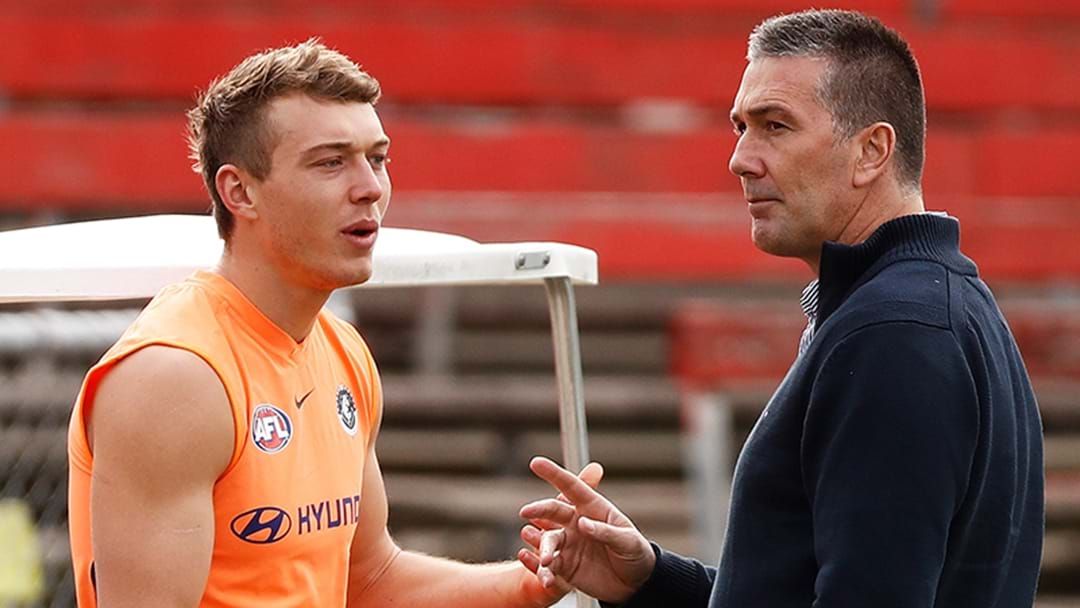 “Stephen Silvagni, SOS, a key architect in their resurgence, he’s been their (Carlton’s) list manager during this period where there’s pretty optimistic views on their list, in one regard I guess he’s done the hard yards,” Browne said.

“I think within the next month is highly likely now he’ll step away from the club… at the moment Cain Liddle, who’s the CEO, a very competent CEO, has been restructuring the football department with some of his own key appointments.

“There’s now a view that if SOS was to leave the club as list manager Cain Liddle would appoint an alternative list manager.

“The club say that is not the case.”

Browne said that some of the changes made at Carlton in recent times have taken some power away from Silvagni.

“SOS is one of the most powerful people at Carlton, at least he was up until 12 months ago,” he said.

“But over the last 12 months there’s been a football manager appointed, Brad Lloyd, there’s also been a different list manager, Mick Agresta, appointed, and there’s a view that some of the power’s gone away from SOS, but there’s also some key power brokers that still support SOS.”

Browne also had some mail on Silvagni’s potential replacement.

“I think they’re interested in Sydney’s recruiting manager if it came to that… Kinnear Beatson,” he said.

“Which Carlton deny at this stage.”