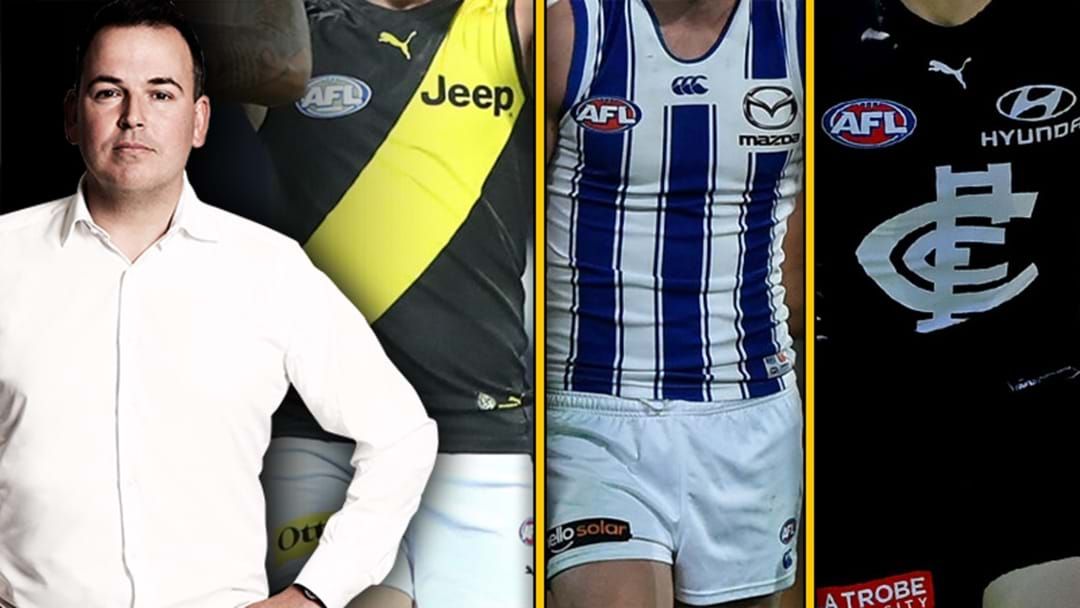 Tom Browne gave an update on North Melbourne, Richmond and Carlton facing sanctions for breaching the strict covid protocols in place on the Queensland hubs.

"The AFL tonight is investigating four clubs I understand for some hub breaches in recent weeks,” Browne said on Triple M’s half time coverage of the Western Bulldogs v Richmond game.

“I think those clubs include Carlton, North Melbourne and Richmond.

“I think North’s breaches are at the lower end of the spectrum and it involves some families going to the game up in Brisbane which I think might have been improved at one stage, so North might be facing more of a warning than a fine.”

Browne had some details on the scope of the fines.

“Now that’s a big range… but the message this week from the AFL was particularly pointed on Monday.

“It’s important that the wives, girlfriends and partners and families comply with all the rules.”