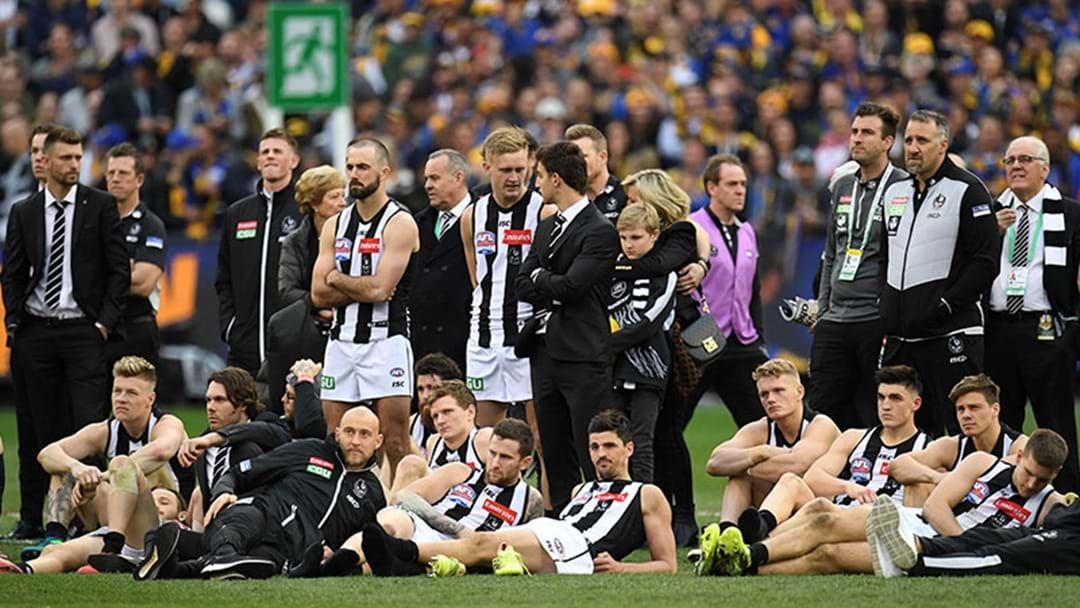 “I think the key take-home message there is the players want to concentrate on the positives and reflect on the fact they were in it for the entire game,” Browne said.

“I was also told during the week that Bucks is really empowering the players given the back he’s back from Italy, he’s empowering players to make their own decisions through training.”

The Pies made the decider on the back of a thumping win over the reigning premiers Richmond in the prelim, but couldn’t beat West Coast on the day despite kicking the first five goals.

The last passage of play has already entered footy folklore: