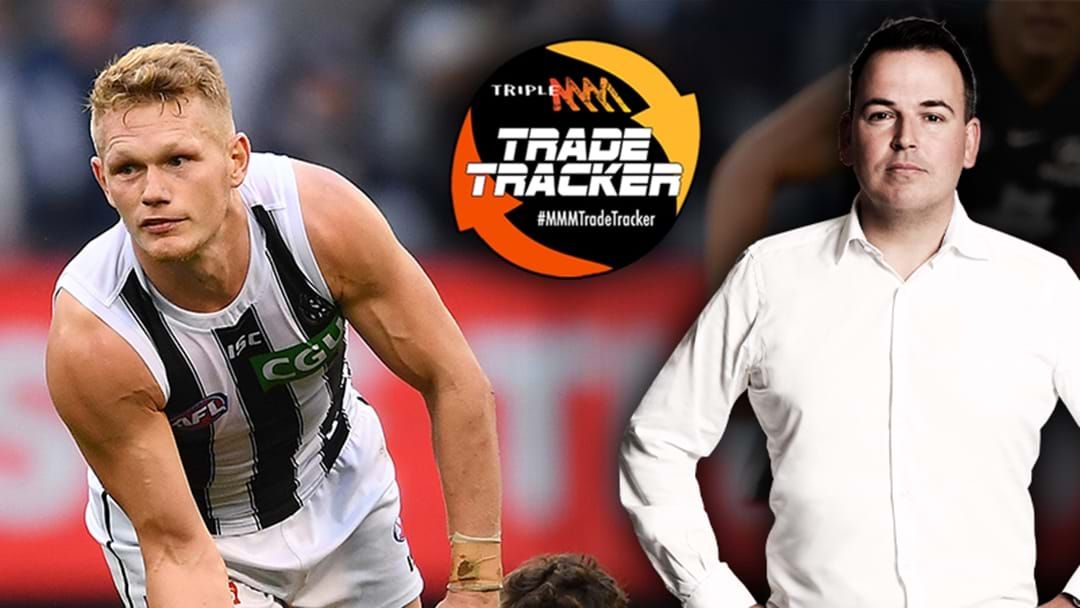 Hot Breakfast chief footy reporter Tom Browne says that Collingwood would be open to trading to Adam Treloar in the right circumstances.

"There’s been some discussion about the Collingwood champion midfielder this week and interest from the Gold Coast Suns and his interest in moving there given the fact that his partner is gonna be in Queensland for 10 months next year," Browne said of Treloar.

"Now Treloar has ruled this out, which is fair enough, and there’s every chance that he’ll stay at the Magpies, I just wanna emphasise that.

"But I think there’s a little bit more to this story, there’s plenty of chatter around this, and some information that I’ve got that would indicate perhaps in the right circumstances Collingwood would be open to this.

"So just keep an eye on that space.

"I’m not saying it will happen, but I’m saying that there’s more, potentially, to the story."

Browne also had some insight about Jordan de Goey’s situation and players staying in Queensland after the season ends.