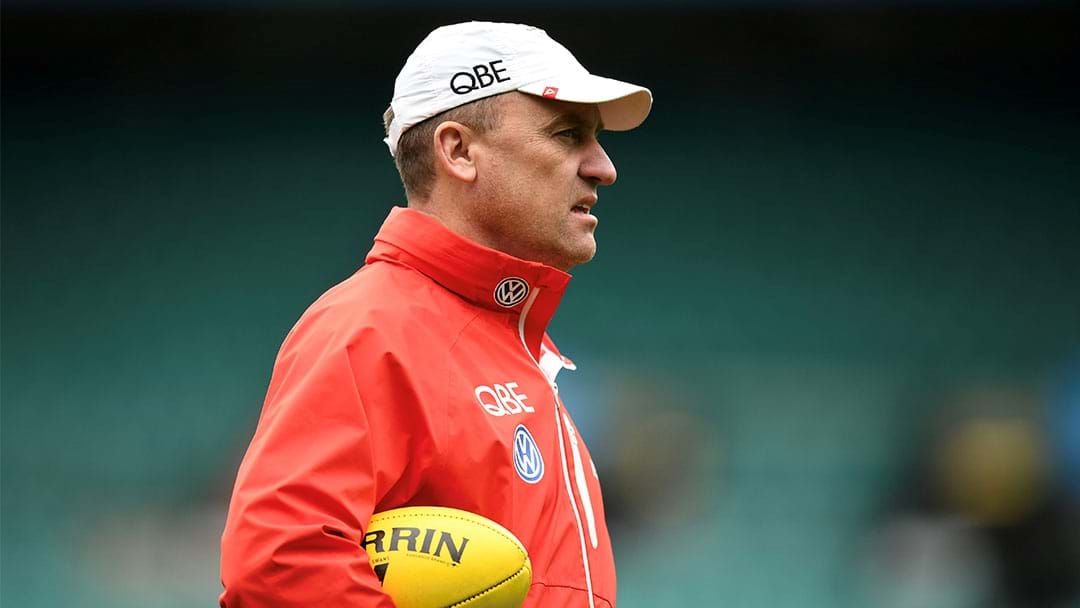 Hot Breakfast chief footy reporter Tom Browne says that North Melbourne and Sydney are set to duke it out over the service of John Longmire.

“John Longmire is in demand from North Melbourne, they’re preparing to make him a long term, multi-million dollar offer, over a million dollars a year,” Browne said.

“Sydney, he’s contracted at Sydney, they have no intention of letting him out of the remaining year of his contract.”

Browne said the Swans are likely to approach the AFL Coach’s Association for guidance.

“The Coach’s Association want clubs like North to go to clubs like Sydney first before they approach the coach,” he said.

“I don’t know if that’s practical, that’s not the way the world works.”