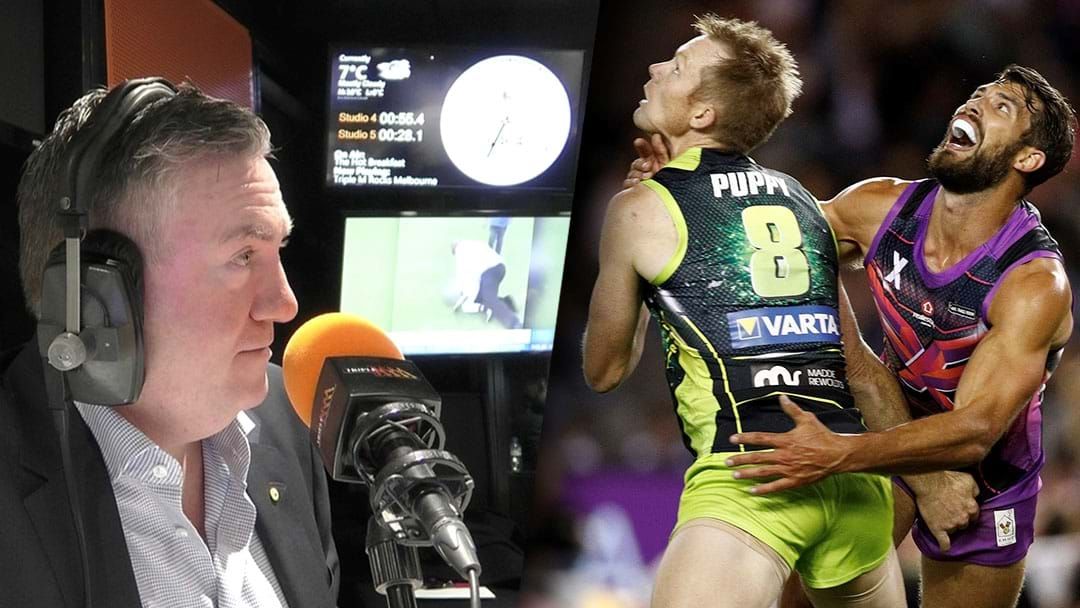 Hot Breakfast chief footy reporter Tom Browne says that the AFL is looking for AFLX teams to be privately owned if clubs won’t take up the licences for them — and Eddie McGuire isn't a fan of the idea.

“The AFL’s invited clubs tentatively to bid for AFLX licences, club based licences, eight of them,” Browne said.

“I don’t think the clubs will back it.”

Browne believes that the AFL did not float the idea at the CEOs meeting on Tuesday.

Eddie McGuire said the idea would be likely to be spiked by the clubs.

“That could completely end in the AFL being rissoled by the clubs,“ he said.

“This was brought up at the competition committee and three people jumped all over it, three club presidents.

“They were Colin Carter, who was actually there from the start, was on the AFL Commission and understands what private ownership nearly did to Australian Rules Football — that is, kill it.

“Let there be no mistake: private ownership nearly killed the Swans, Brisbane, it did kill it Brisbane Bears… this is just ridiculous.”

Ed said the players’ loyalties should be to the club they play for.

“At the moment it seems to be in a state of flux, except it doesn’t.

“They play for the club, and that’s what it’s all about.”