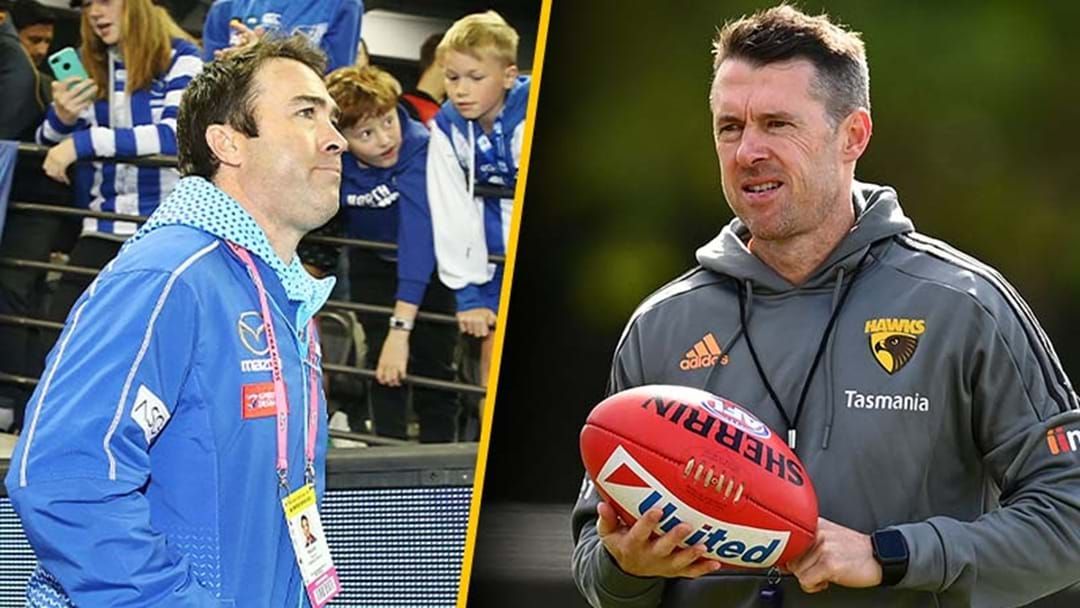 Tom Browne said today that the Collingwood coaching search is down to just two candidates — Craig McRae and Brad Scott.

"It is basically down to Craig McRae and Brad Scott if he wants to get involved," Browne said.

"I've been told this morning that Adam Kingsley, who's a highly touted and in my opinion very good, was informed over the weekend that he's not part of the process.

"I heard a differing view this morning that he is still down essentially to the last two, but I believe at this stage the last two is essentially McRae and Brad Scott if he misses out... on the General Manager of Footy job (at the AFL)."

Browne also had an update on the vacant GM of Footy role.

"Josh Mahoney from the Bombers or Brad Scott.

"I think Brad Scott'll get it, and I think that puts Craig McRae firmly in the box seat now for the Collingwood vacancy, but they still might be a couple of weeks away from announcing because I think they're still waiting on Brad Scott's official position."