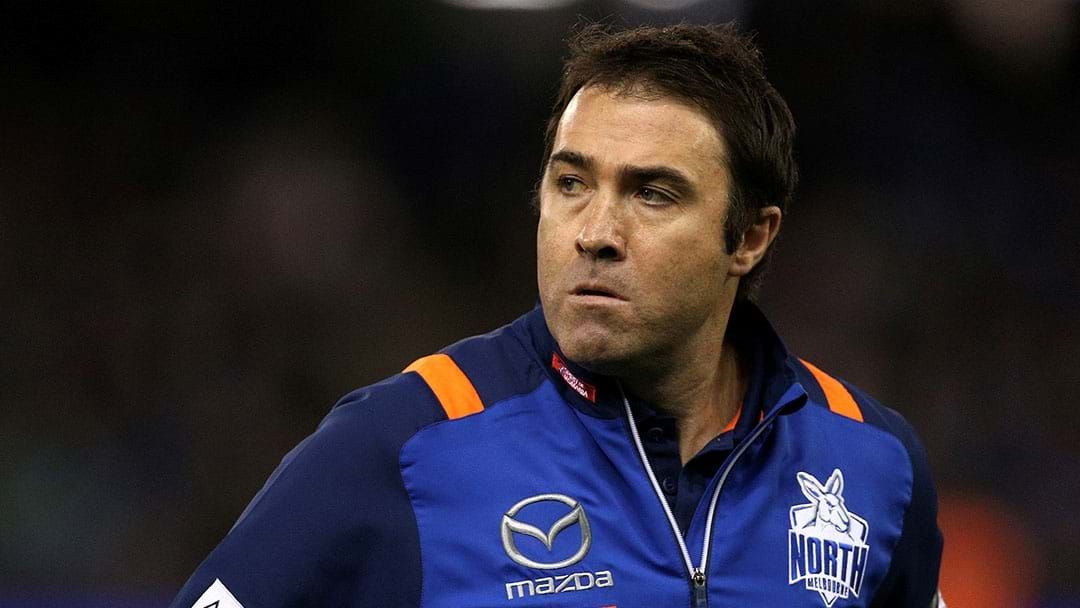 Hot Breakfast chief footy reporter Tom Browne says that there is a "high likelihood" Brad Scott won’t be at North Melbourne next year.

Browne said Scott is likely to be at “a different club”.

Scott is contracted for another year.

“The football manager I think will leave soon,” he said.

Scott has coached North since 2010, taking them to four finals campaigns including bak-to-back preliminary finals in 2014 and 2015.

Download the Triple M Footy app on iTunes or Google Play to stay across all our best footy stuff!