On the Brains Trust podcast 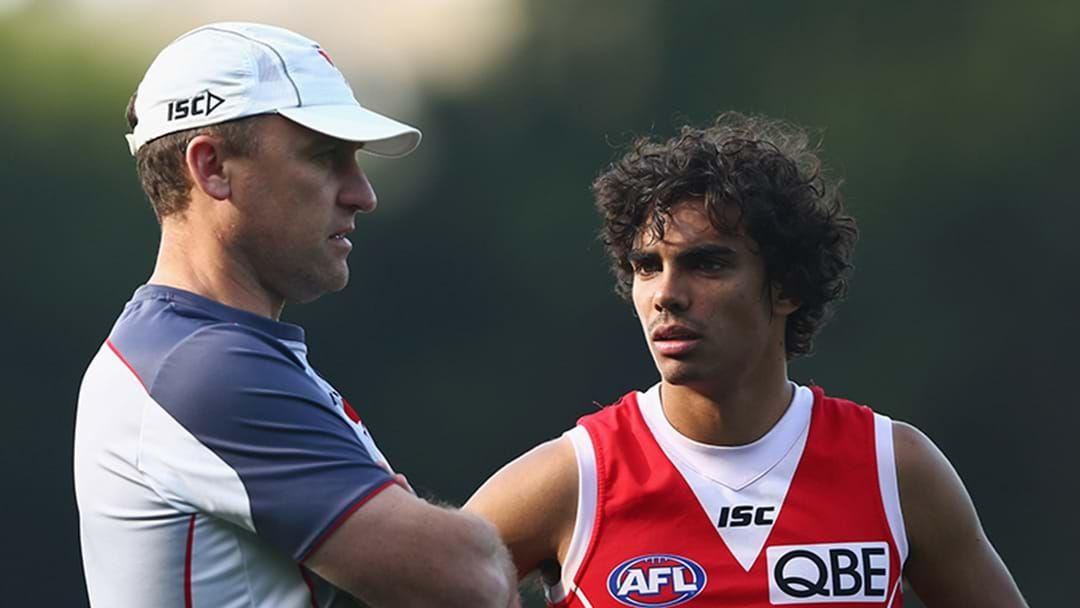 Fomer AFL player Tony Armstrong has explained how it feels to just miss out on being picked for a grand final, speaking from his experience about missing out on the 2012 decider in his Sydney days.

"I played alright in the year (2012), and then I’d worked my way into the side, that was probably the time I started establishing myself," Armstrong said on the LiSTNR podcast Brains Trust.

Make sure you get the LiSTNR app on iTunes or Google Play so you get the latest episodes of Brains Trust, as well as all the Triple M Footy podcasts - as well as being able to stream AFL games live in app!

"I'd knocked Nick Malceski out of the side and I played like five weeks in a row as the other half-back with Marty Mattner."

Armstrong said that run ended in a game against Brisbane where he was given the sub vest.

"I get there and I’ve got the sub vest in front of me, Marty Mattner’s not playing, Nick Malceski’s in, and he’s starting on the ground," he said.

"So I’ve gone from starting on the ground, Nick Malceski out of the side, me into sub, him starting on.

"He had 35 (touches) and kicked two (goals) or something, I came on late, might have had 10 touches… I played one more game for the year, that was round 23.

"I kept my man goalless, then I was the first emergency for all the finals."

Come grand final week, the side was still unclear.

"It gets to grand final day, and it’s between Luke Parker and I as to who was sub zero," Armstrong said.

"Do the warmup, do all that, it’s sunny, all that kind of stuff.

"Then we’re down there in the last warmup, we’re not in the training kit anymore, we’re in the game kit now, ready to go sort of 15 minutes before the grand final.

"Mum’s come down, so she’s up there, she doesn’t know, no one knows what the team is.

"Then basically in that last bit Horse (John Longmire) kind of looked over and went 'nup'."

Armstrong described the feeling of getting so close to the dream of playing in a grand final but just missing out.

"I had to keep my emotions up for the boys because I didn’t want to take their mind off anything," he said.

"And then I’ll just never forget… the final address, when you kind of go to the bottom of the race, and you look up and all you can see is the whole joint packed.

"You just see the banner go up, blocking out the sky basically, all you can see is the banner from down there.

"Up go the boys, and it was just me in the rooms.

"It’s like you’re in the most densely populated place in Australia, with everyone losing their shit, and you’re the most alone person.

"Like it was something I worked so hard for. And there was all these other little things, like Mum was there, it was my birthday… it just added to how, like, shit it was to get so close."

Armstrong said there was a bittersweet element to it, because so many of his mates were achieving their own career highs.

"The other thing was it’s your best mates who went out and achieved their dreams," he said.

"Because, like, obviously I’m not gonna try and take away from your moment, which you’ve worked just as hard for just because I’ve had a shit one."