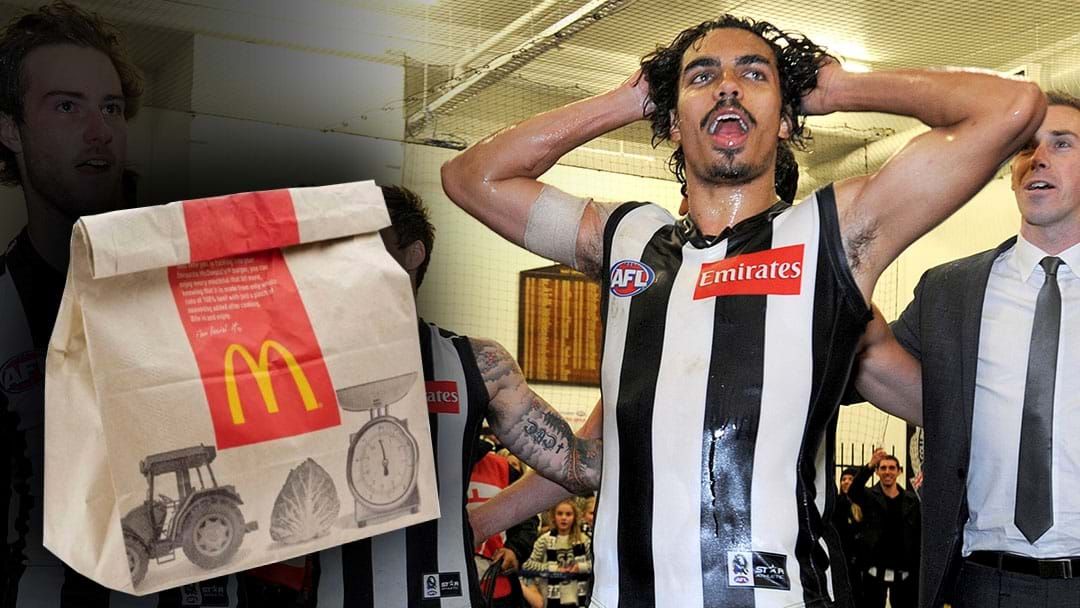 It's safe to that a Maccas feed isn't the ideal pre-game nutrition for an AFL footballer.

Tony Armstrong joined Dead Set Legends to tell the hilarious story about the day he played for the Pies in both the VFL and AFL.

"I'm driving back up (to Melbourne)," Armstrong explained.

"They just look at you."

"Then the third one and you go 'alright, alright'."

The former AFL journey man will become the first aboriginal play-by-play caller on commercial radio when Richmond take on West Coast at the Triple MCG tomorrow.