Top 10 most haunted places in Maryborough 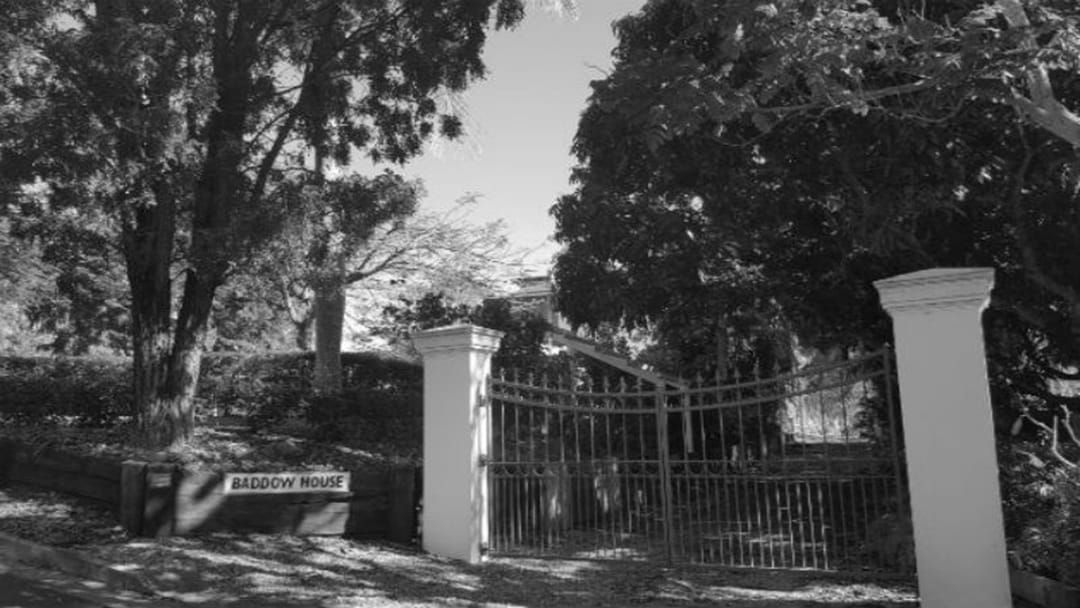 Over the years, we’ve come to know Maryborough for its heritage buildings, river views and far too many pubs to count... But what we rarely touch on is the fact that, for lack of a better explanation, it’s haunted. We’ve all heard our fair share of horror stories around town and so we think it’s about time, we made a list of the top ten most haunted places in Maryborough.

Coming in at number 10: WHARF STREET

Yep, you heard right. A Street. Generally most scary stories start with an attic, or a house, but not our town! We’ve dedicated a WHOLE STREET! There’s a spooky story with what goes on with some of the buildings on Wharf Street. What you’ll soon find by reading on, is that two other haunted buildings on our list, are on this street. Rumour has it, two young children are behind the weird happenings….. but for that story, you’ll have to read on…

I give this one, a ghostly thirsty 2/5 on the scary scales.

This one is interesting. Word has it with this building that it’s haunted by Tommy and George who were ‘Kanakas’. Before it was the City Hall it was originally the police barracks and, as it turns out, we had Maryborough’s only hanging there.. And Tommy and George were unfortunately on the wrong end of the rope. They were hung after committing crimes in Tinana and were made an example of by the administration of the time. Safe to say though, I won’t be wondering the grounds of City Hall anytime soon...

Definitely a 3/5 on my creepy scales for this one!

Built in 1878, this heritage listed Wharf Street Hotel is only one of four 3-story buildings in Maryborough. It’s been said that all sorts of weird things happen here… And take it from someone who has worked in the building-I certainly wouldn’t like to be wandering the halls late at night on my own that’s for sure!

From hair being pulled to sounds of children playing and laughing, it’s been said that the Uhr children haunt the halls and grounds of this building. Nothing nasty! Just cheeky kids, well so they say…
Who are these infamous Uhr children? You’ll have to read on to find out.

My creepy scales tilt just a little on this one at 3/5 on the scary scales.

Yet another spooky residence on Wharf Street, this is the oldest extant hotel in Maryborough, constructed in 1868. It seems the Uhr children are a bit cheeky when it comes to this Building too. They just keep popping up don’t they!

So the story goes, Edmund Blucher Uhr and his wife came to Maryborough in 1850 and set up a boiling-down works in what is now Queen’s Park. Mrs Uhr bore two daughters, Fanny and Mary. Fanny died aged thirteen months in 1852 and Mary about nine years later. The grieving parents buried their children in a laneway near the Customs House Hotel and Uhr also planted a pine tree on the site which, wait for it, grew two trunks. Freeeeaky.
Turns out the family have taken up residence in the Customs House Hotel and over the years, there’s been many reports of the ghostly family’s activities.

The scales are tipping at 4/5 for the cheeky Uhr children’s scary scales.

There is a story floating around that a man on a Ghost Tour walked into a room, then all of a sudden his chest tightened, and he couldn’t breathe, like he was having an asthma attack. So he rushed out of the room. And would you know, the pain stopped in an instant. It isn’t surprising he didn’t want to go back in… Eeeeeek! No thanks.

Although it looks inviting from the outside-this home is a little creepy, to say the least…! Built in 1874, it consists of eleven rooms still completely furnished as a Maryborough home of the period 1890–1940. So you basically walk through a time warp as you enter.

Legend has it that there is a certain room in this house that won’t let you take photos! Your camera just randomly stops working, until you walk back out that is.. And if that’s not creepy enough, one of the ghost tour operators told us the story of when one of the group to a photo of a child’s toy car, only to find when they looked at the photo that there was the form of a child sitting in it. So, basically, I’m never ever going to be a tour operator of any kind when it comes to the spirit world!

My creepy scales are running hot at 4/5 with this place!

Now for those who don’t live in the region, this place is the most well-known ‘ghost house’ around.
Built in 1883 by Edgar Thomas Aldridge, the "Founding Father" of Maryborough and from the outside, it seems like any normal house.
Picture a big, beautiful, white house surrounded in breathtaking gardens. Sounds more dreamier rather than spooky right? Haha, think again.

The story goes, that Mr Aldridge passed away in 1888 but the home remained in the family until the bank foreclosed on the property in 1912. Esse Aldridge, the daughter of the Aldridge’s heir and his Aboriginal wife, was said to be so devastated at leaving the house that she wiped her tears on the walls, and her presence is said to haunt the building’s great cedar staircase..

From slamming doors, to people refusing to enter, this house is definitely at the top of the most haunted places in Maryborough!

It’s a 5/5 for me on the scary scales for Baddow House!

This is the number one place were most ‘orbs’ are seen in photos.
The bus driver of this tour, was never really a believer until one night, walking back to the bus, he saw what he described as a mist that came out of the back of a grave, swelled up, sunk and disappeared. Word has it he’s never driven a bus again… Just kidding he’s fine. But it makes a good story right?

Bursting at the creepy seems of 4/5 for this one!

So long story short, there are two coloured ‘orbs’, red and grey. You know, those weird unexplained spots on photos? Red=nasty. Grey=comes in peace. This is the only place known to the tour operators of the Ghost Tours of Maryborough, where red orbs have been seen. So, yeh, I’m never going…

When the owners of the Building across the road bought the building, apparently it came with a warning.. “The place is haunted, things open and close all the time’. They haven’t reported anything now that they own the place, but I’m assuming it keeps them on their toes!

Creepy sales have broken at 5/5, buuuuuuuur, no thanks!

Hold onto your hats, or nursing caps, this one gets the nerves tingling. Although this hospital closed its doors in 2014, it was a thriving Hospital built in 1905.

Turns out, nurses have had their hair pulled mysteriously, been smacked in the face and that’s not even the scary bit…
Nurses have been known to come calling to the ring of a patient’s bell, only to be told by the patient when they arrive ‘I’m fine now, the old nurse helped me’. Well that’s not too scary is it? What for it..
There was only one nurse on shift, and there was no ‘old nurse lady’. Creeeeeeepy.
Have a listen to what a former staff member Jane Bartley has to say when asked about the Ghosts. She worked there for over 10 years and has, let’s just say, some very interesting stories for you.

Definitely a 5/5 on the scary scales for this one! If you were dreaming of a nursing career, don’t stress, this place is well and truly closed… for now… muahahaha.

Well that’s it! I’m officially creeped out..!   Catch you next time on my next top ten list.