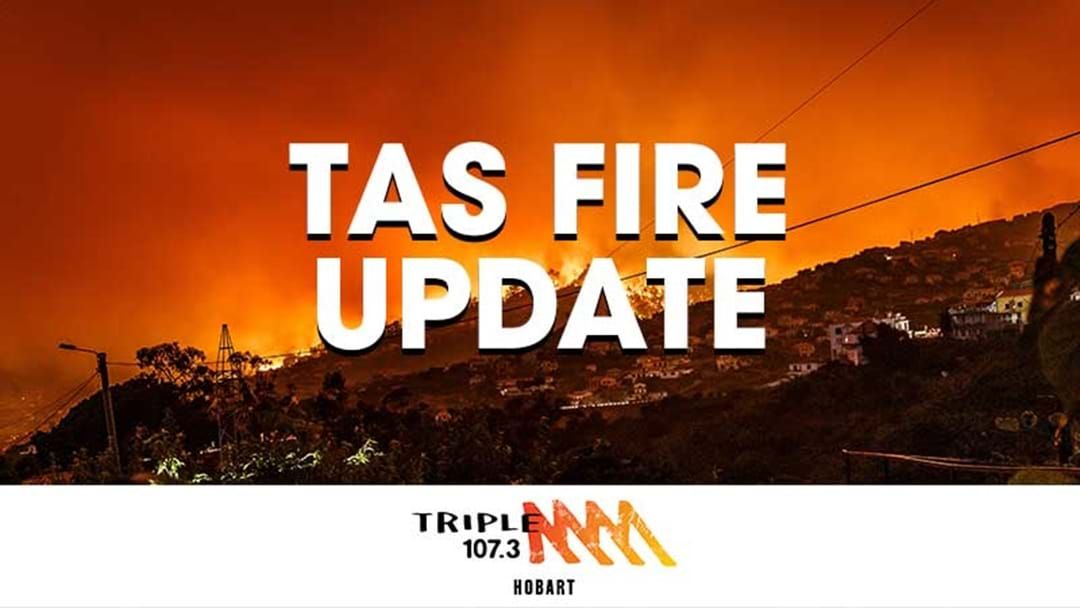 Fire crews from Tasmania Fire Service, Parks and Wildlife and Sustainable Timber Tasmania, supported by personnel from interstate and New Zealand continue to battle 28 fire across the state.

TFS is urging people in bushfire affected areas to leave early because it is the safest option.

The risk of staying was highlighted today when up to ten people were isolated by fire at Penstock Lagoon. Tasmania Parks and Wildlife Service were on scene and are assisting them until they can be relocated to safety. No one has been injured.

A fire also started near Blackman Hill, Murdunna today at around 12.30pm. Aircraft were able to slow the fires spread long enough to allow fire crews and heavy machinery to be both in to begin containment lines. This work will continue throughout tomorrow. The investigation into this fire has been handed to Tasmania Police.

The fires in the Huon Valley and Central Plateau, the Gell River fire, and fires near Zeehan and Rosebery remain at warning levels.

Elsewhere in the state TFS and partner agencies are also working to contain a number of fires.

At Murchison River in the Cradle Mountain-Lake St Clair National Park, remote area firefighters working in arduous conditions have had success in containing that fire.

Critical communications infrastructure at Tim Shea is being successfully protected from the Gell River fire.

Significant effort put in for weeks to protect Churchill's Hut was unsuccessful today. The hut was destroyed by fire when conditions became unsafe for firefighters who had to leave the area. The sprinkler system similar to that which protected Lake Rhona's sensitive vegetation earlier in the month, was not able to stop the fire from impacting the hut.

A total fire ban remains in place until 2am Thursday morning.

Impact assessments in the Huon area will be conducted as soon as safely possible. Assessments have been hampered by smoke and dangerous trees.