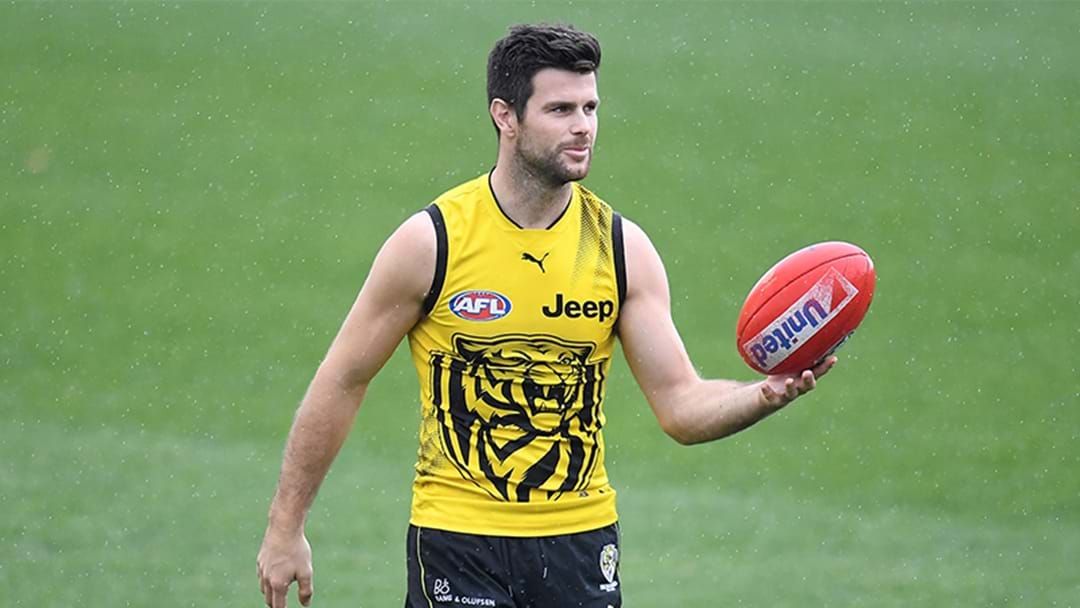 Cotchin jumped on the line from Richmond's hotel as he's not playing tonight due to a hamstring injury.

He gave an update on when he is likely to return to the field.

Cotchin flagged that next Wednesday's game against the Bulldogs is the match he's targeting for his return.

The Tigers skipper also revealed that he's taken a few moments in the last couple of months to bask in the glory of winning last year's premiership, detailed what it's like living in the 'Hub' with a young family and even scored a free mattress during the interview!

Catch the full chat with the Richmond captain here: