This Saturday at 12noon 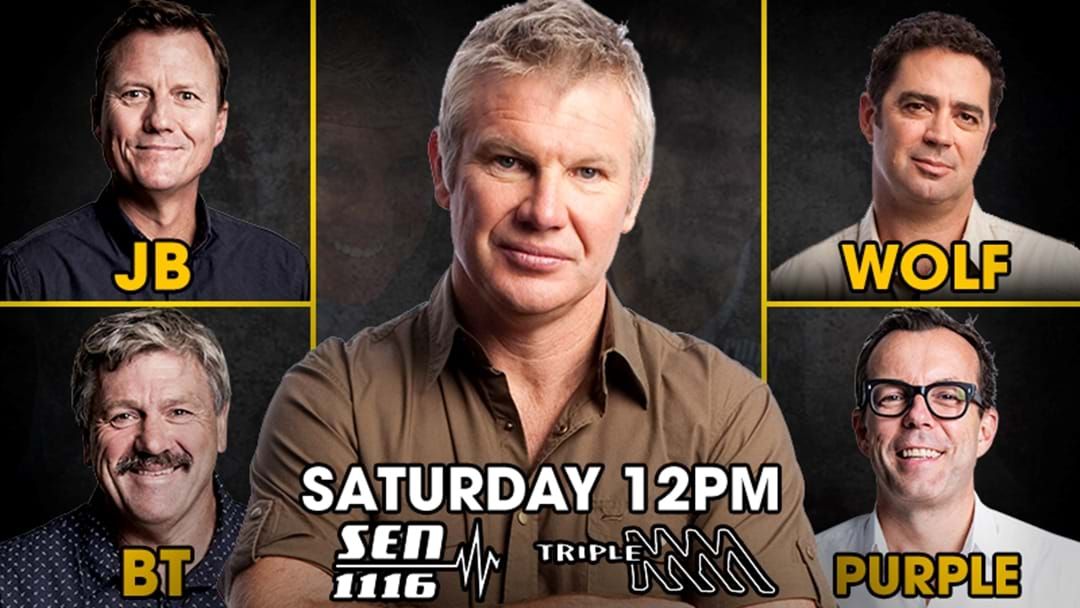 Spud Frawley’s great radio mates will reunite this Saturday afternoon with Triple M and 1116 SEN to simulcast a special edition of The Saturday Rub in a tribute to the life of the St Kilda champion and larger-than-life media figure.

In recent years, Taylor, Brayshaw and Barrett have remained core members of The Saturday Rub team, while Lyon and Frawley made the move to SEN to be key players in the station’s football coverage. From 12pm this Saturday, they will come together once more in a tribute to their great mate.

Head of Triple M Mike Fitzpatrick said, “This idea, dreamt up by Garry, James and Rub producer Luke Tunnecliffe, to honour their dear friend, is a fitting tribute to a beautiful man who was larger than life. All rivalries are put aside so we can celebrate a great man. There won’t be a dry eye.”

“No-one told a yarn better than Danny so the idea of getting his mates together to reflect and share some of Spud’s great moments and stories will be really moving and promises plenty of laughs”, he said.

“Spud was everyone’s mate and news of his passing has had a huge impact on us all. We look forward to honouring him in this way.”

Ahead of Saturday's Special Edition of The Saturday Rub, relive that time Spud gave some 360 feedback to JB, Wolf and Damo: