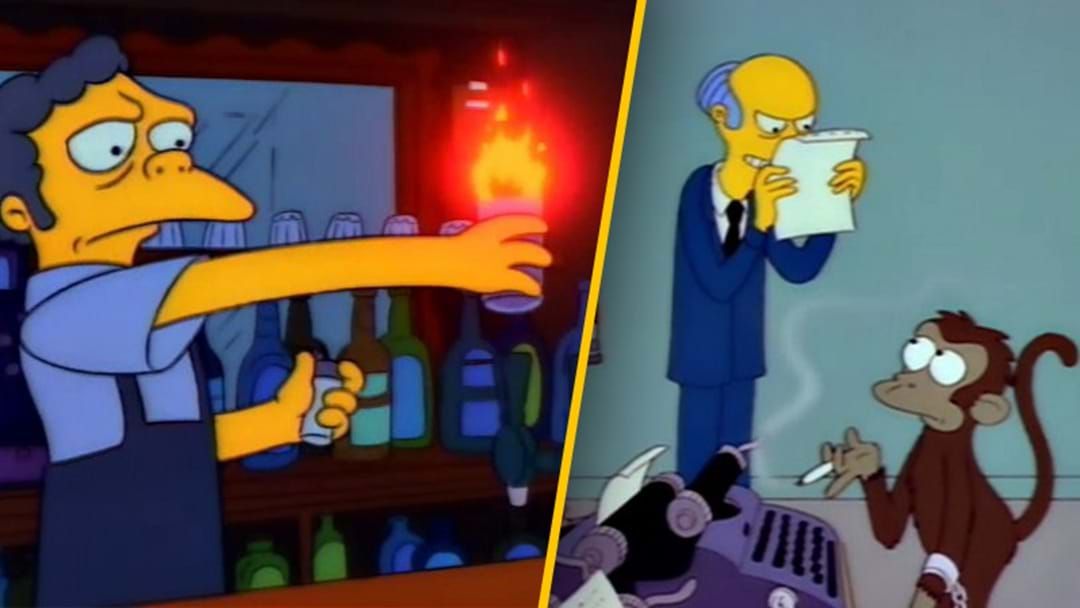 Join Rudi, Will and Ethan as they countdown episodes 15-11 today, including a game of Pictionary that ends in divorce and an ill-advised demo, Homer taking the reins of the power plant’s union, and Aerosmith playing at Moe’s.

25. 22 Short Films About Springfield (The Pulp Fiction parody with the steamed hams scene)
24. Treehouse of Horror V (The Shinning, Time and Punishment, Nightmare Cafeteria)
23. City of New York v Homer Simpson (Homer has to go to New York, which he hates, to get his car back)
22. Summer of 4 Ft. 2 (The Simpsons go to the Flanders' holiday home and Lisa changes her style to appeal to the cool kids)
21. Homer the Great (Homer becomes leader of the Stonecutters)
20. Homer Goes To College (Nuclear inspectors find Homer hasn't finished college, so he has to go back and get a degree)
19. $pringfield (Or, How I Learned To Stop Worrying And Love Legalised Gambling) (Burns opens a casino, and Marge gets addicted to gambling)
18. Selma’s Choice (After being encouraged to have children, Selma takes Bart and Lisa to Duff Gardens with disastrous outcomes)
17. Boy Scoutz ’n tha Hood (Bart joins the Junior Campers after a Squishee bender, afterwards Homer takes the piss out of him before ending up on a father/son boat trip)
16. Homer At The Bat (Mr. Burns puts together a team of elite ring ins for a company softball game)
15. Who Shot Mr Burns? (Mr. Burns’s cartoonishly evil plots end in him getting shot with everyone in town a suspect leading to a whodunnit two parter)
14. Mr Plow (Homer and Barney both buy snow plows and become business competitors)
13. Flaming Moe’s (Homer creates a drink that takes Springfield by storm, but Moe takes credit)
12. Last Exit To Springfield (Homer accidentally leads the plant in an industrial dispute, and Burns overestimates him as a negotiator)
11. A Milhouse Divided (Milhouse’s parents split up)

Make sure you listen in tomorrow as the boys run through episodes 10-6!