Some of the best stories you'll hear! 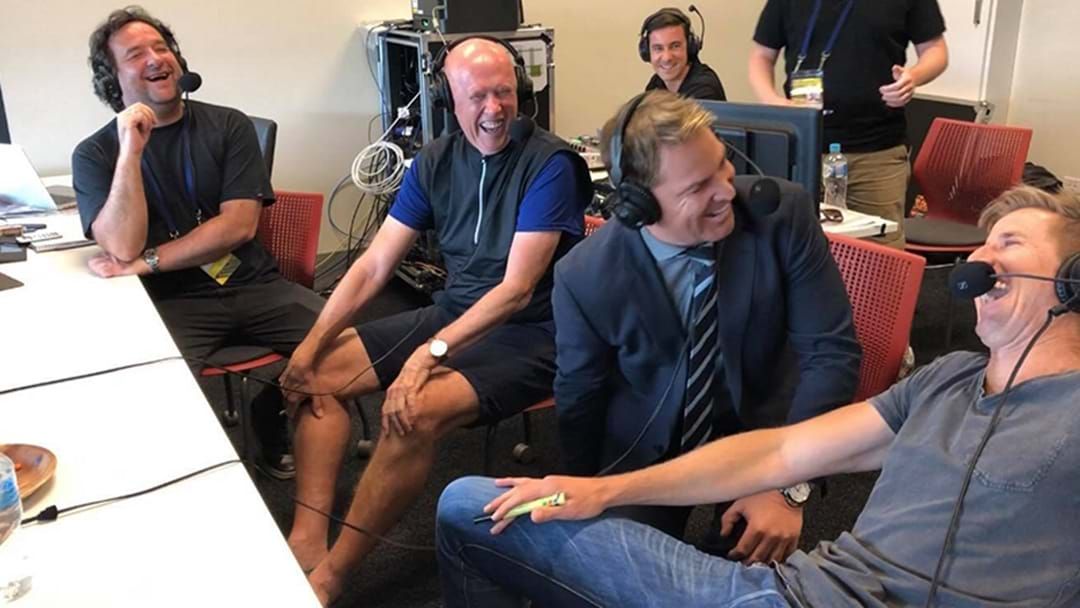 The dinner break on the third day of the Adelaide Ashes Test saw a cricket story battle between Mick Molloy, Kerry O’Keeffe and Phil Tufnell before a cameo from the great Shane Warne.

The segment is already being considered some of the most remarkable radio ever, and words don’t do these stories justice — listen to the hilarious audio here:

Mick Molloy went first and ran a story about a kid rinsing Pakistani quick Shoaib Akhtar after his throwing allegations and got a few laughs.

Phil Tufnell then told a story — cleared by the censorship department — about commentating on a Champions Trophy game and having to call a Pakistani opening batsman named ‘Fuckar’ on the BBC and got plenty of laughs.

Mick popped back in with a story about seeing Warnie get a special delivery to his home just before Liz Hurley moved in — a story confirmed by Warnie himself.

Skull then told his story, about the highest first class score he ever made — a 99 that he made before getting run out by fellow spinner Ashley Mallett.

After that Warnie popped by and, after confirming Mick’s story, dropped his own story involving Tuffers and wheelie bin.

The segment ended with Warnie threatening to take Mick out on the tune — stay tuned for that one!