Traffic can get past the scene.. 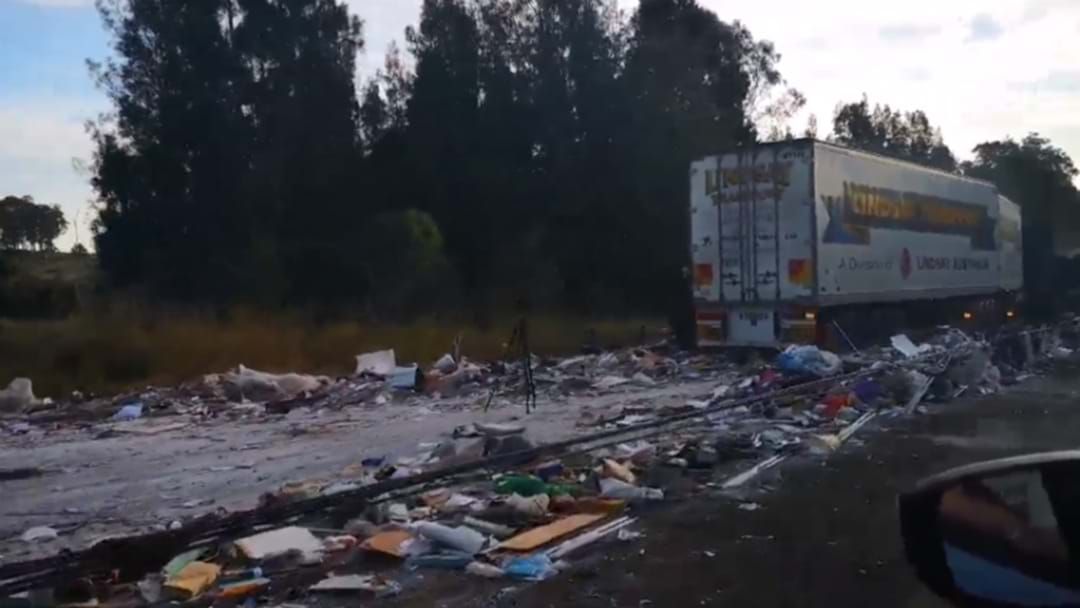 A truck driver has died following a horror crash on the Pacific Highway at Nabiac.

A B-Double rolled just before midnight, with a second truck then colliding with the wreckage.

The second driver was airlifted to the John Hunter Hospital in a stable condition by the Westpac Rescue Helicopter, suffering a head injury.

The crash blocked the highway northbound for several hours.

A contra flow is currently in place allowing traffic to get past.