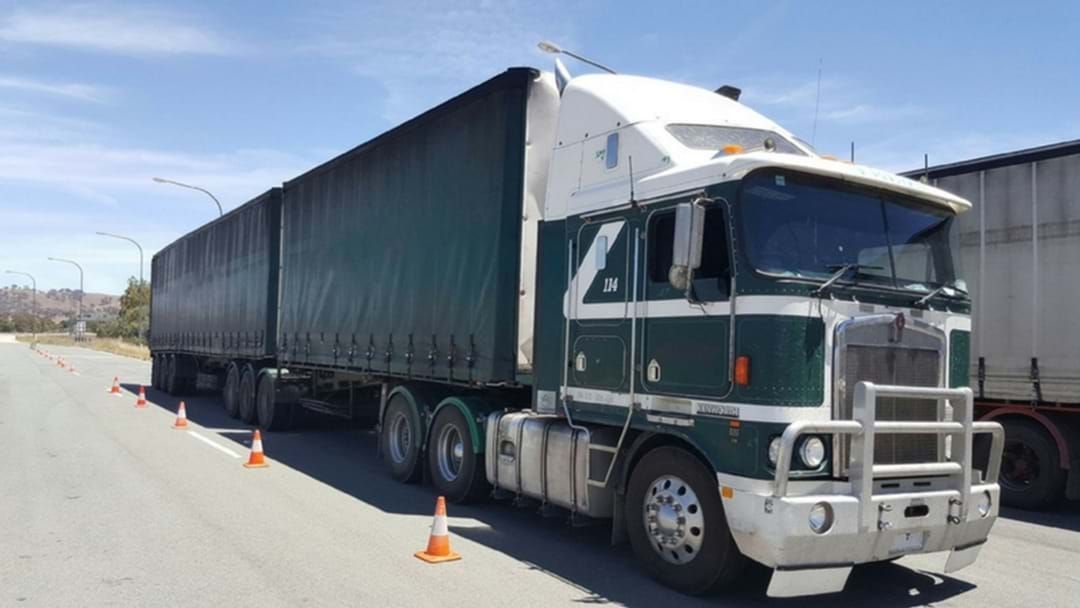 A truck driver has been slapped with maximum penalties for four offences after his truck was found to be able to reach speeds of 130km/h.

Transport for NSW Director of Compliance Roger Weeks said Zig Zag Express driver Steven Tong was fined $26,400 and nine demerit points by Goulburn Local Court last month, after his truck was found to have a speed limiter tampering device on board.

“The Victorian-based driver was stopped at the Marulan North heavy vehicle safety station in March this year, where it was alleged he also had a laptop on board with software which allowed him to adjust the vehicle speed for three different engine types, a number plate shield and a quantity of drugs,” Mr Weeks said.

“When confronted about the laptop the driver ran off into the bush and police were called. A subsequent search by officers found the man, the laptop, hard drives containing the engine control software and some methamphetamine.

“The court clearly demonstrated these types of offences will not be tolerated by handing down the toughest penalties available.

“The vigilance of the on-road safety inspectors and significant work by the prosecutions team has ensured this dangerous driver has been sent the strongest possible message about safety enforcement,” Mr Weeks said.

NSW Police also charged Tong with driving a vehicle with an illicit drug present, after his sample was analysed and tested positive to methamphetamine.

“This should serve as a warning to other heavy vehicle operators that it is not a matter of if but when you are caught if you engage in speed limiter tampering and drug driving,” Mr Weeks said.