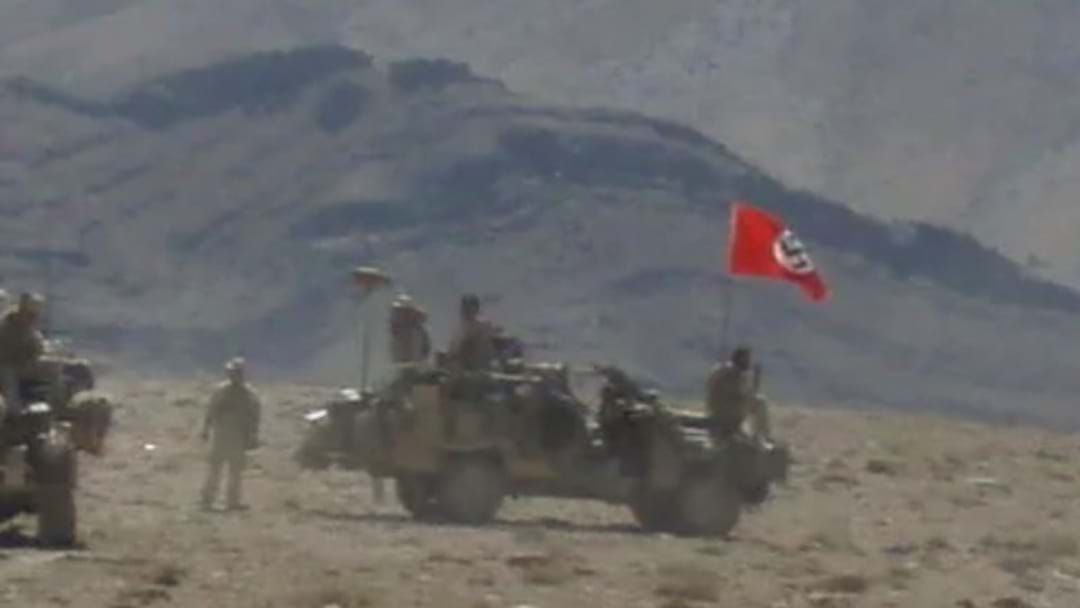 Prime Minister Malcolm Turnbull has slammed a Nazi swastika flag which flew on an Australian Army vehicle in Afghanistan as completely and utterly unacceptable.

A leaked photo of the 2007 incident, obtained by the ABC, shows a large swastika emblem hoisted over an Australian military vehicle.

"It was absolutely wrong and their commanders took action at the time," Mr Turnbull told reporters in Hobart on Thursday.

"The flying of the Nazi flag, the most evil symbol in the history of mankind, by our soldiers is a slap in the face to the diggers who fought valiantly and died to defeat Hitler," Dr Abramovich said.

He said the "vile display of bigotry" was a reminder people needed to speak out against racism, which remained rampant in some parts of society.

Defence confirmed the incident, saying the flag was flown from the vehicle briefly before later being destroyed.

"Defence and the ADF reject as abhorrent everything this flag represents. Neither the flag nor its use are in line with Defence values," a Defence spokesman said in a statement.

"The commander took immediate action to have the offensive flag taken down."