Turns Out Geelong Exaggerated The New Capacity Of Simonds Stadium 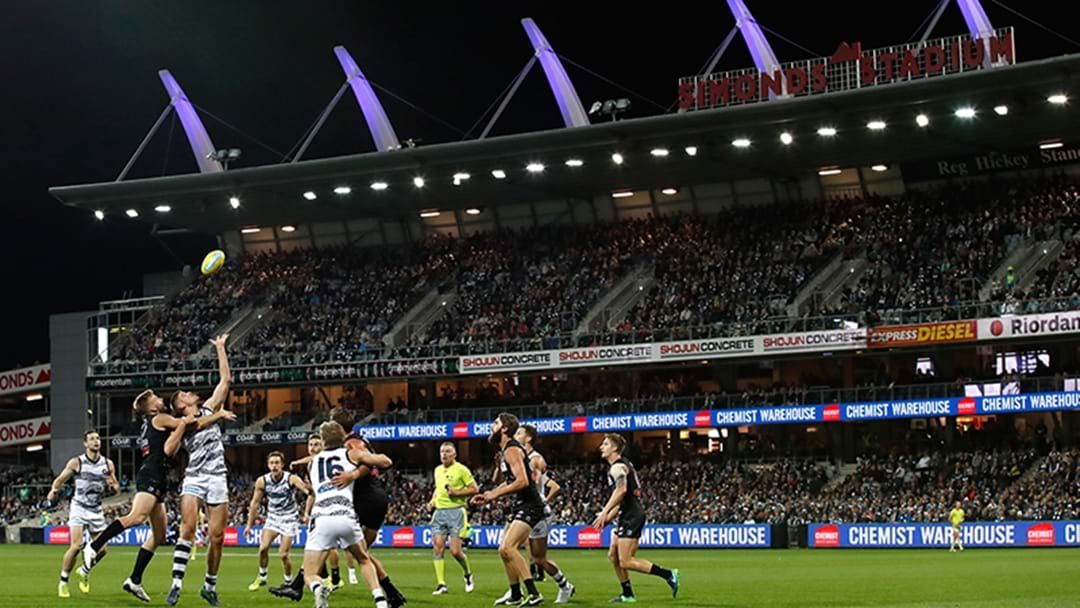 Geelong has made the admission that their new redevelopment of Simonds Stadium is a tiny bit smaller than first announced.

When the redevelopment was first explained, this was the anticipated attendance of the new ground:

"The Brownlow Stand will be open for the Cats' round nine clash under lights against the Western Bulldogs, lifting Simonds Stadium's capacity to 36,000."

Speaking to The Geelong Advertiser, however, acting CEO Justin Reeves admitted it isn't quite the case.

“With the way we use it for a home and away match, the most we can achieve is about 34,000,” Reeves told the Geelong Advertiser.

“We have got to get our head around that 36,000 is sort of unachievable.

The Cats are believed to be in communication with the AFL in attempts to play 11 home games at the venue in the future.