Mix MusicTurns Out Taylor Swift, Like Hugh Jackman, Is A MASSIVE Fan Of Perth And There's A Diary Entry To Prove It

Turns Out Taylor Swift, Like Hugh Jackman, Is A MASSIVE Fan Of Perth And There's A Diary Entry To Prove It

Her diary proves it 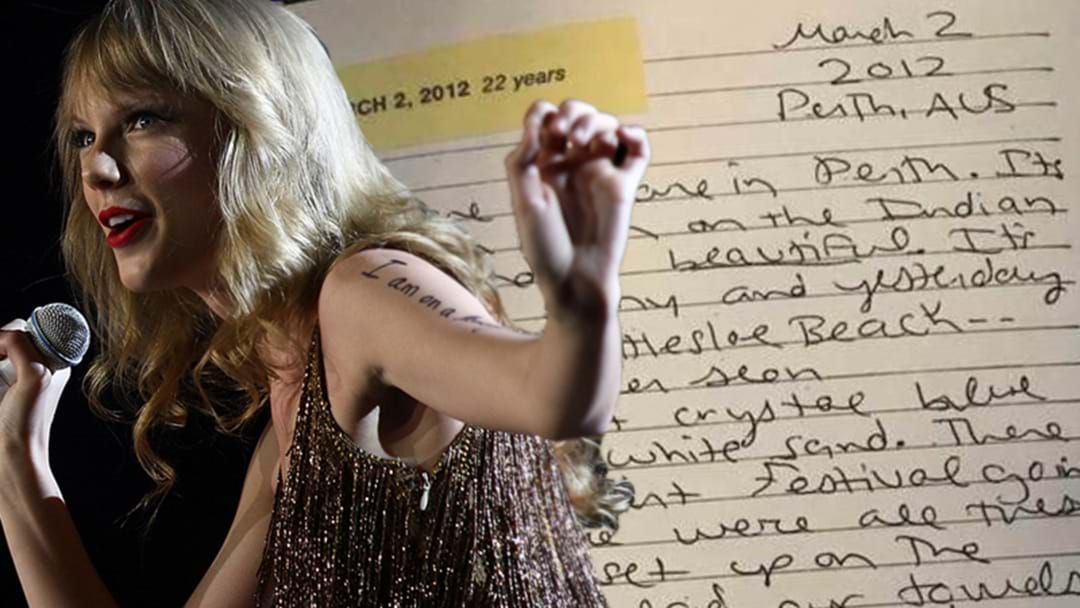 So... Taylor Swift has released a brand new album called Lover and in the deluxe edition, apparently, there's a whole bunch of journal entries written by the pop star herself.

A keen Redditor shared this today and what can we say, turns out Tay Tay is quite the fan of #Perth and our magnificence.

If you're having trouble reading it, here's what she wrote:

So here we are in Perth. It's a beach town on the Indian Ocean and its beautiful. It's 25(degrees) and sunny and yesterday I went to (Cottesloe) Beach..

There was this art festival going on, so there were all these sculptures set up on the beach. We laid our towels at and got tans and frolicked in the water.

After our beach afternoon, we went to this restaurant right on the beach called Indiana. It was built in 1910 and looked like an old fancy hotel. It's one of the most beautiful places I've been, with old world arches and moldings antique tables and big French doors opening out to views of azure blue ocean. We sat there for hours drinking strawberry mojitos and eating calamari until I was so tired, I went back to my fluffy hotel bed and slept.

Turns out that Tay Tay's journal entry inspired our Dave Ferrier from The Rush Hour to share his own journal thoughts.

One week, we have Hugh Jackman sharing vids on his social media freaking out about how great our sunsets are... next week, Tay Tay's writing personalised journal love notes about little old Perth. So good!