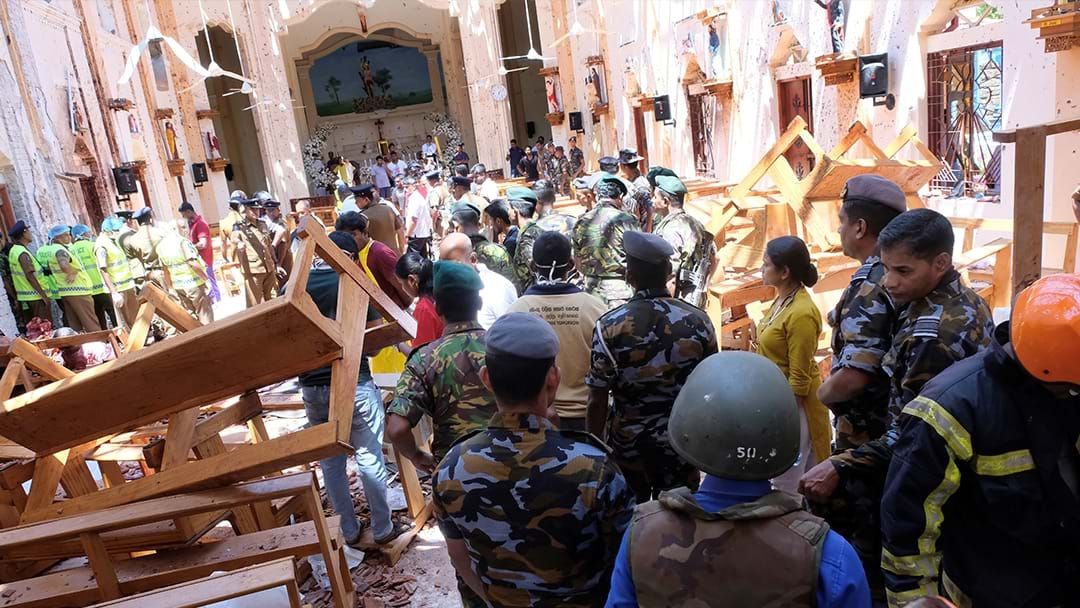 Two Australians have been killed in the Sri Lanka bomb blasts which claimed at least 290 lives, Prime Minister Scott Morrison has confirmed.

Both victims were from the same family and had been living in Sri Lanka, with one of them a dual citizen.

An estimated 500 people were injured in the bombings, but the prime minister says it’s too early to say all Australians are accounted for.

No conclusions have been made about who is responsible for the attack, which saw bomb blasts rip through three churches, three luxury hotels and a guesthouse on Easter Sunday.

“Two Australians have lost their lives in this terrible massacre and my heart is full of grief for them and their families.”

The prime minister confirmed another two Australians – both of whom were dual citizens – have been injured but are in a stable condition.

One has been treated for shrapnel wounds and the other a broken leg, with both receiving consular support.

Mr Morrison said it was too early to say whether more Australians could be among those who have been hurt.

“As the days pass, and the injured are treated, and some of them succumb to their wounds as well, we are seeing this massacre going from what was bad, very bad, to much, much worse,” he said.

More than 500 people have been injured in the bomb blasts that ripped through three churches, three luxury hotels and a guesthouse on Easter Sunday.

The Australian High Commission in Sri Lanka has been working to determine the whereabouts of Australians and monitor the situation.

Australia’s travel advice for Sri Lanka has been upgraded to “reconsider your need to travel” in the aftermath of the attack.

DFAT says Australians concerned for family or friends should try to contact them directly before contacting the consular emergency centre.

“It is unthinkable that people at prayer should be the subject of this cowardly terror attack,” Mr Shorten said.

Mr Morrison earlier said the nation’s hearts went out to its brothers and sisters in Sri Lanka.

“We are full of love because love conquers fear. Love conquers evil. Love is the basis of peace and it’s what binds us all together as an Australian people,” he said.