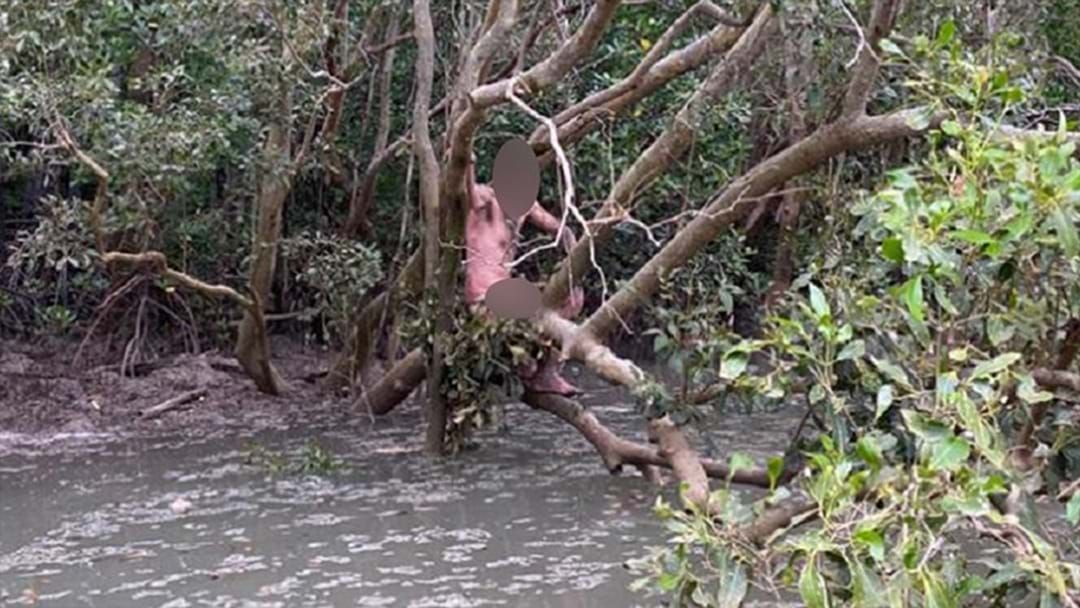 Two fishermen rescued a naked bloke from a croc-infested swamp in Darwin on the weekend — after the man had allegedly breached bail.

Cam Faust and Kev Joiner were out fishing when they heard a bloke crying for help, claiming he’d been stuck for four days eating snails.

"We didn't believe him at first," Mr Faust told the BBC.

"Then we realised he was in a bad way and done himself a mischief and were like oh, we better help him."

The bloke told the fishermen that he’d gotten lost after going out on New Year’s Eve, and the boys “thought he’d had a big night”.

They helped him down from the mangroves, shipped him back to shore and even had a beer with him before finding out what he’d allegedly done.

“We were going to visit him in hospital, and then we found that out, and we thought, ‘we might give that one a miss’,” Mr Faust said.