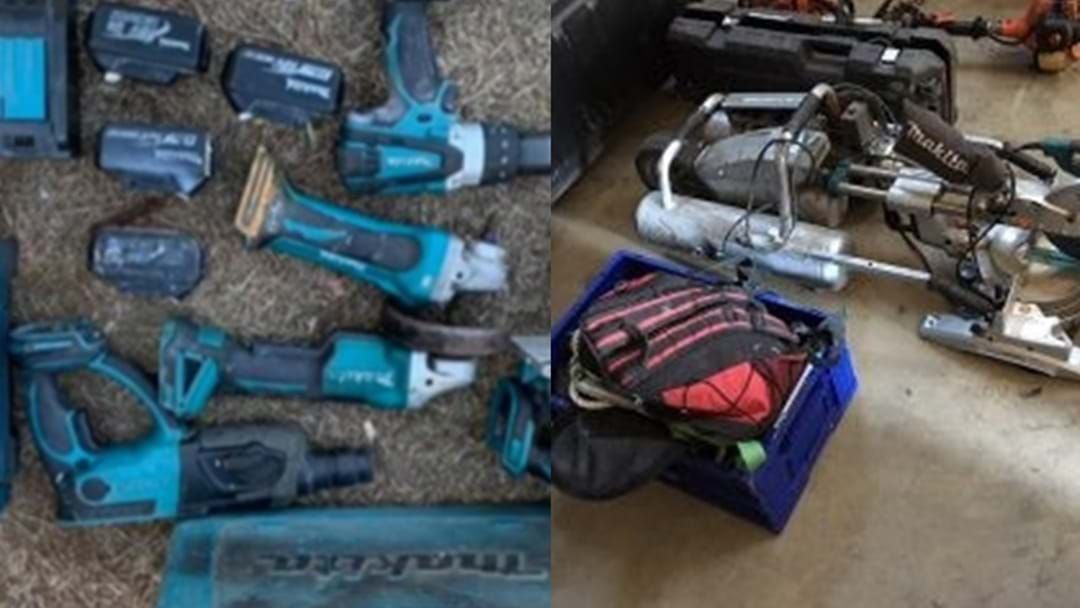 Police have charged two people over $30,000 of stolen property after it was  seized following an investigation conducted by the Major and Organised Crime Squad (Rural) Toowoomba and Warwick Criminal Investigation Branch (CIB).

Following police investigations into an online equipment dealer, a search warrant was carried out at a rural holding at Elbow Valley on July 18 and a large number of power tools and machinery suspected to have been stolen were seized.

During the search detectives also located a quantity of dried cannabis and cannabis utensils.

A 29-year-old man and 22-year-old woman were charged with one count each of possess dangerous drug, possess of drug utensils, stealing and receiving stolen property.

The pair are due to appear in Warwick Magistrates Court on August 14.

On May 8, 2019, detectives from MOCS Rural Toowoomba and Dalby CIB located and seized a substantial quantity of building tools and machinery from a rural property located at Surat Development Road, Tara.

“The theft of equipment which mostly included construction tools and machinery, is likely to have occurred in the earlier months of the year in the Brisbane and Gold Coast areas.

“It’s important to be vigilant when purchasing machinery and tools through online marketplaces as its evident these criminal networks are using rural communities to sell and trade stolen property.

“When it comes to reuniting the tools with the owners it always helps when reporting the matter to provide photographs and details of any distinctive labelling of tools and machinery to assist in the identification process,”  Plain Clothes Senior Constable James Doyle of the State Crime Command’s Major and Organised Crime Squad (Rural) said

Police have released images of some of the tools recovered during the search in the hope of locating owners of the suspected property and other possible victims of theft.

Anyone who believes they may have information relating to the ownership of the alleged stolen property should contact: