Esperance NewsTwo CRUSHING WINS in ROUND 12 of the EDFA Season

Two CRUSHING WINS in ROUND 12 of the EDFA Season

Gibbo and Dogs on fire 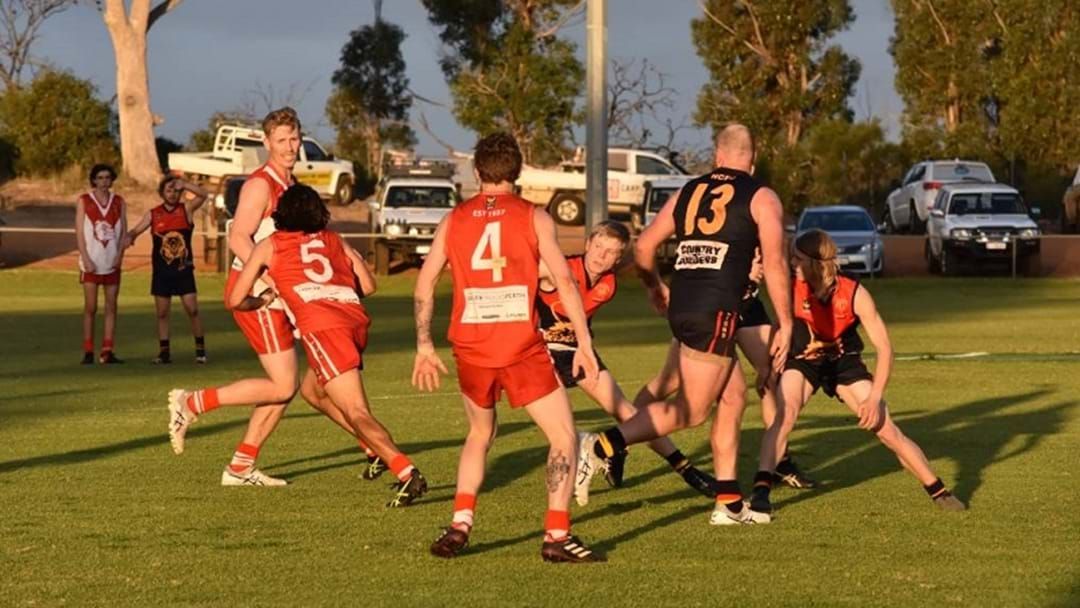 The finals match-up and fixtures have been decided with each club sweating on a number of key personnel returning from injury. Last weeks matches, some would argue, would not be a fair indication of form heading into the pointy end of the season, but teams can still garner positives and negatives from their performances to build and work on in preparation for finals this week.

Gibson disposed of an under strength Ports outfit by twenty goals away at Ports. The home side had a number of players double up and play two games for league and reserves, as well as a strong colt’s contingent coming up to the grade.

Of those younger players, Fraser Randall was a stand out with his pace slicing through the Tigers midfield. Jacob Buckley proved why he polled the most votes for the Blues in the Hepburn Medal with a commanding display. The Gibbo onballers struggled to keep up with the hard running Buckley, and he was equally tough to compete with around the clinches. Isaac Puna started the game on the bench and was a class above the rest when he came on as acting captain, regularly trying to inspire his teammates.

Despite strong and promising passages it appeared the home side lacked significant depth, with the majority of match play controlled by the Tigers, who had winners across the board.

Captain and Hepburn medalist scored the maximum votes for this match. He kicked six goals and was a massive presence around the packs. Travis Stewart kicked eight to claim the leading goal kicking prize for the league. Stewart’s bullish behaviour around the midfield when he ran through there mustn’t be underestimated either. Brad Maclean found time and space relentlessly and the back six, led by Sam Fetherstonhaugh, were solid for the four quarters.

In the other match of the round, the Bulldogs sent a shockwave across the league with an impressive eighteen goal win against form side Newtown-Condingup.

The surprise wasn’t necessarily the end result but rather the process reaching that emphatic final margin.

The Lions were undermanned but still had some solid contributors, including Henderson, Bertola, Oversby and Cummins. They provided some resistance to the rampant Bulldogs machine.

Reece Griffiths finally found his range with eight majors, he had a useful ally in Bowerman who was strong in the air and on the ground. Bowerman also kicked three goals. McPhee and Douglas proved a handful up forward for the red and white. Thiart and Wood were dominant in the midfield and were given good supply from Sam Franzone, who complimented his excellent Hepburn medal result with another solid game.

The second semi-final will be contested by Gibson and Esperance on Saturday at Newtown Oval, with both sides buzzing with confidence after their commanding wins. As has been the case in recent history, this is sure to be an enthralling and hard contest, which will treat all spectators no matter what colours they are wearing.

The other finals game at Ports Oval on Sunday will demand that both Newtown-Condi and Ports bounce back after disappointing losses. The Lions have had the wood over Ports in recent history but will have their six goal loss to that side in the back of their minds come Sunday, especially considering they will be running out at the Blues home venue.

Get out there and support your local footy!