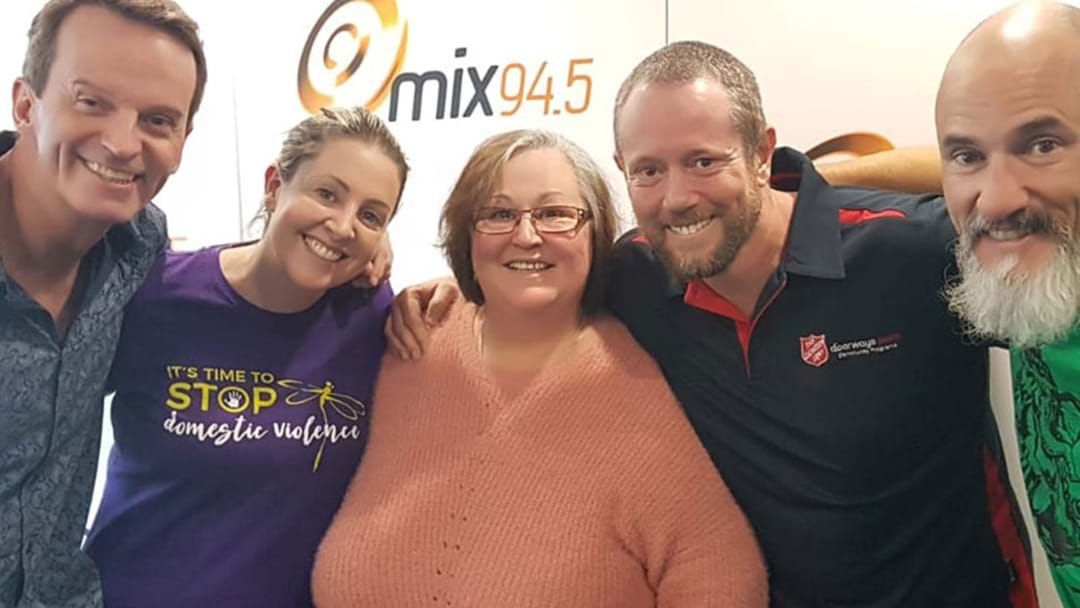 The Big Breakfast had the pleasure of meeting with two ordinary Perth people who, for various different reasons, found themselves homeless.

As you'll see in the video, both found themselves homeless through very different means, but both are fighting their way back to make a change for the better.

He became free of drugs, completed his studies in Community Service and in the final stages of his Psychology degree at uni. He hopes to eventually quality as a clinical psych and use his life experiences to make a difference.

He also volunteers at TSA Doorways amongst others.

His motto: "I can't change my past, but I can engineer my future."

Desiree (52 years old) cared for an ailing family friend for 8 1/2 years till the lady (97) passed away. (Desiree cared for the lady in the lady's home, where she & her husband lived for 60+ years)

After the lady's passing, Desiree moved into a private rental, stayed there for 2 years. The landlord then decided not to rent out the unit. This caused Desiree great distress and she 'just packed up and left, living in her car for 6-8 weeks'.

She was then hospitalised, and prior to discharge, referred to The Beacon. She has been staying with them since 4 April 2019 and is actively seeking private rentals.

Amazingly inspirational stories and we're so glad they agreed to share them with us.

Our conversation around Homelessness Week happens all this week. Catch it on the radio or via the mix94.5 app.