Two Members Of The Friday Huddle Team Were Forced To Isolate Pre Game! 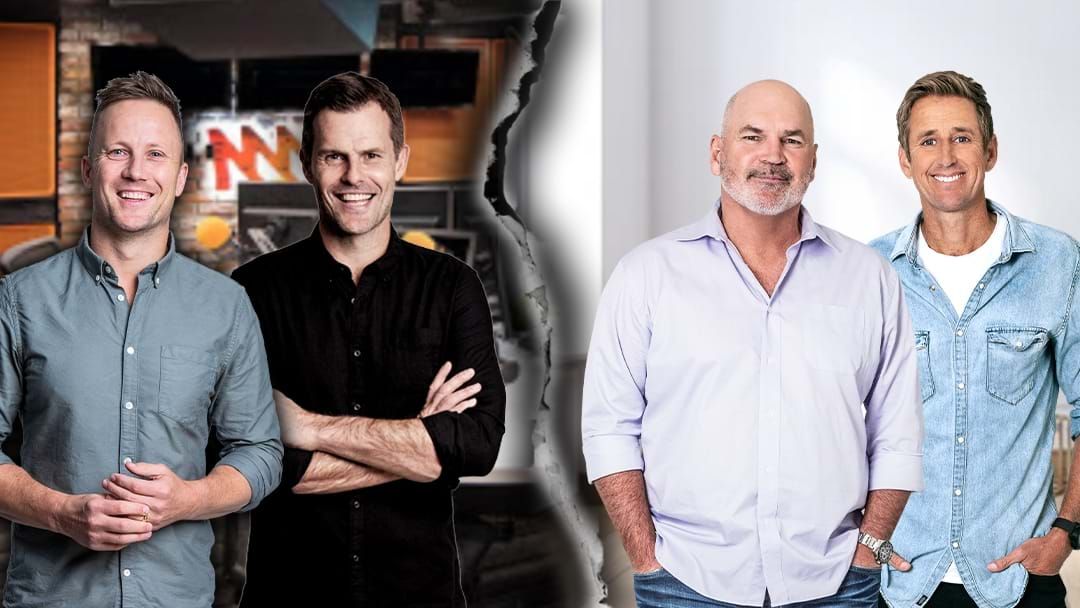 In what was a big week of footy news, the latest Melbourne COVID outbreak has interfered with the Friday Huddle's preparation!

Both Howie and Dunstall were late scratchings with valid reasons, and the boys outlined their lockdown situations.

Howie is stuck at his home in Barwon Heads, due to isolation, after a close contact was detected at his local Barwon Heads primary school.

For the Chief, he's had to wait for a negative test result after commentating the Carlton-Geelong game at the MCG which has been established as a Melbourne hotspot sight.

"He's got his ass groove shaped nicely into that couch!" Darce said.

Browny was introduced in-studio, but he was too busy watching old footage of him dominating in his prime!

The drama was only the beginning, as Richmond hit a traffic jam on their way up to Metricon Stadium causing a 15-minute start delay.