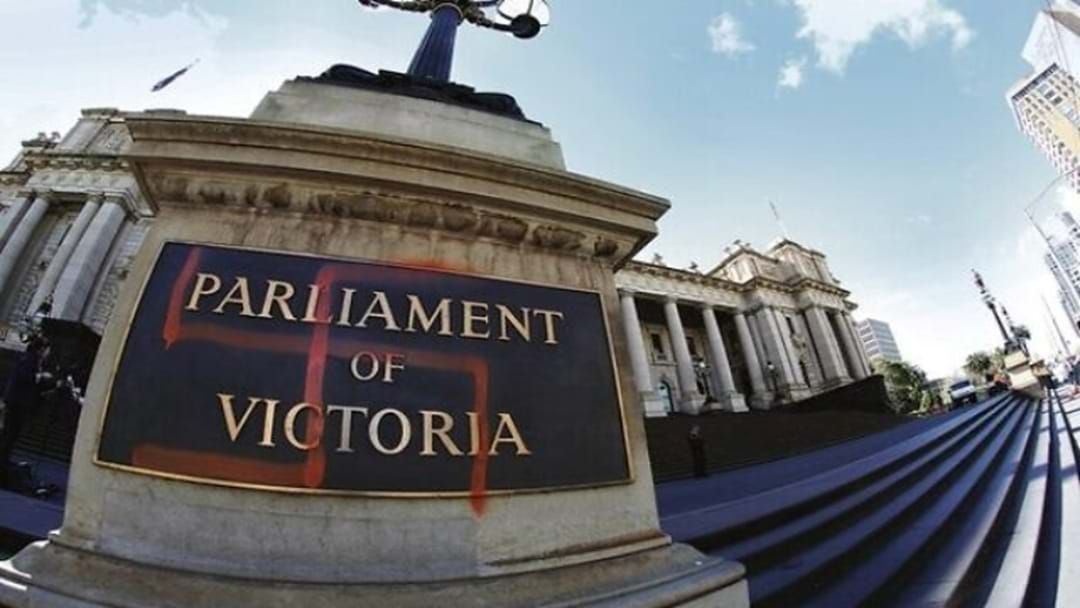 One day after Victoria’s landmark legislation banning the swastikas was announced, two men have been caught plastering Caulfield streets with stickers of the hate symbol.

Police charged a 29-year-old Elwood man and a 21-year-old Doreen man about 10.30am on Thursday in Caulfield, for offensive behaviour and bill posting.

“It is alleged the stickers were placed on property on Balaclava Road, Hawthorn Road and other fences, light poles and bus stops about 10.30am,” A Victoria Police spokesperson said.

Anti-Defamation Commission chairman Dvir Abramovich said it comes as a “timely wake-up call” to be on the look-out for any resurgence of the neo-Nazi movement.

“This terrifying incident is a declaration of war against the Jewish community by Hitler worshippers who are ramping up their sickening campaign of terror, intimidation and fear,” Abramovich said.

“People walking the streets of Caulfield with their children should not be confronted by dangerous individuals spreading their poisonous ideology of murder and extermination. I have no doubt that this frontal assault by these hardcore bigots is in direct response to the ban announced [on Wednesday].”

Victoria Police said they were “disgusted” by the anti-Semitic, hate symbols.

“The public display of anti-Semitic emblems or slogans does nothing but open deep-seated wounds among not only the Jewish community, but the community at large with the effects lasting far beyond the removal of such symbols," Glen Eira Local Area Commander, Inspector Catherine Wilkins said.

“These incidents can leave community members feeling vulnerable, threatened and isolated and we simply will not stand for it.”

“Every Victorian regardless of identity, ethnicity, faith or background has the right to feel safe and secure in the community. Anyone seeking to impact the safety and security of our community through the public display of hate symbols can expect a police officer knocking on their door to answer for their cruel actions,” Inspector Wilkins added.

The men will appear at the Moorabbin Magistrates Court on August 1.