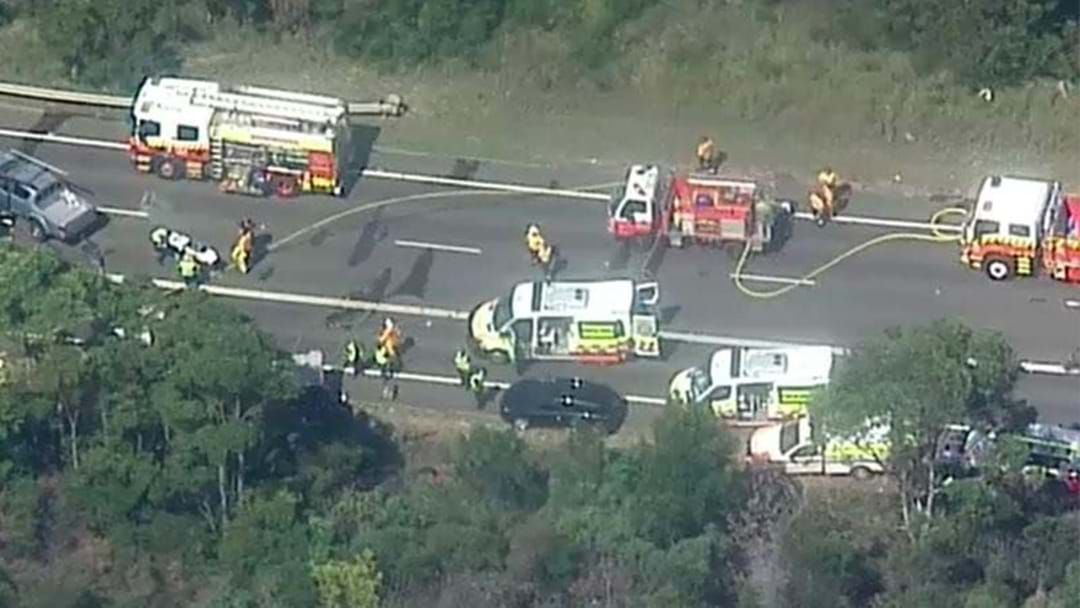 An off-duty police officer in his 30s were both rushed to Liverpool Hospital in critical condition after the crash at 2pm in Lucas Heights, with a third person taken to Sutherland Hospital.