U2 Paid Tribute To The Late Michael Hutchence During Sydney Concert

"This is for Michael Hutchence" 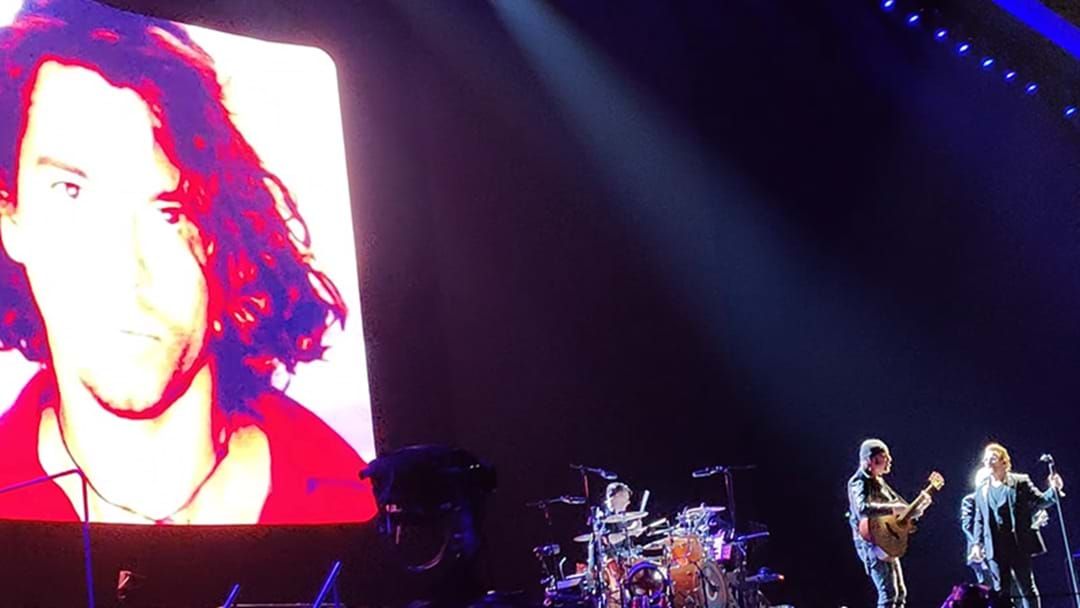 U2 continued the Australian leg of The Joshua Tree tour on Friday night playing at the iconic Sydney Cricket Ground.

And during the show, the Irish rockers paid tribute to the late Michael Hutchence with an incredible rendition of INXS’s Never Tear Us Apart.

Friday was the 22nd anniversary of Hutchence’s passing.

The tributes didn’t stop there, with U2 also dedicating 'Stuck In A Moment' to Hutchence.

"This is for Michael Hutchence. True beauty. Don't know if this is an argument with myself or with him,” Bono said before playing the track.

The band also debuted their new single, Ahimsa, live for the first time, having just released the song hours before their Sydney gig.

The Joshua Tree tour continues with a second show in Sydney on Saturday night and will head to Perth on Wednesday closing out the Australian leg of the tour.