Super Bad thing to do. 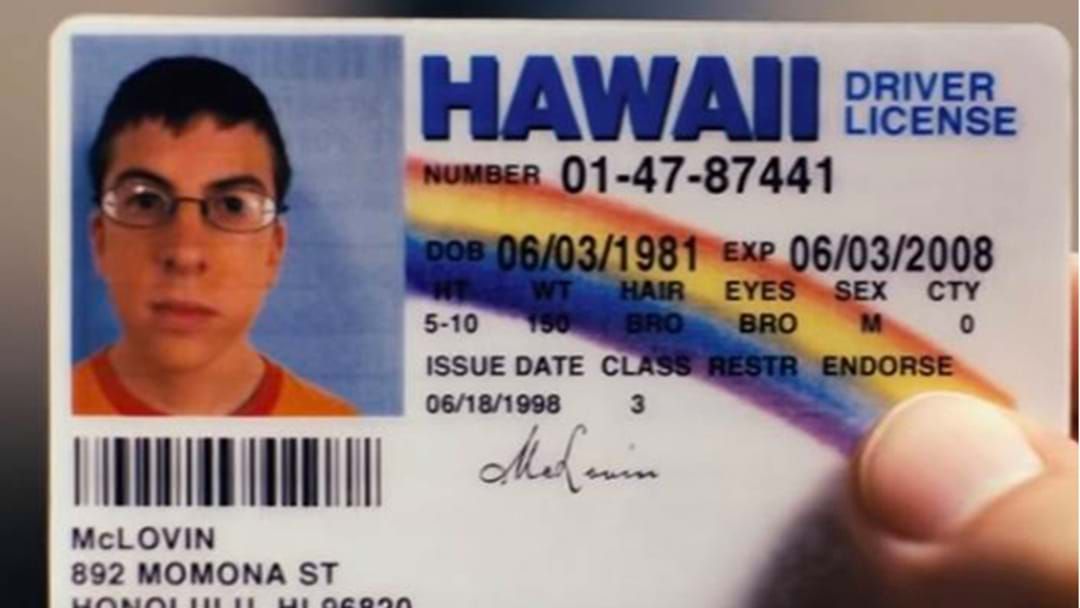 A bloke in the US has been arrested for drinking underage and trying to use a McLovin fake ID to enter a nightclub.

WSVN 7 News reports that Burelson was spotted in a bottle shop by local police who thought he looked under the legal drinking age of 21, and when they approached him and asked for his ID, Burelson produced the fake Hawaiian drivers licence for 'McLovin' - the character made famous by iconic comedy film Superbad.

Unfortunately for Burelson, the police didn't accept the ID as being legitimate and he was arrested for public intoxication and underage drinking.

His actions might have caused him a night in the lock-up, but they have been praised by writer and star of Superbad, Seth Rogen, who simply responded to the story with, "my work here is done."