NewsUNRESTRAINED CHILDREN: Couple Caught Twice in One Day in Grafton

UNRESTRAINED CHILDREN: Couple Caught Twice in One Day in Grafton 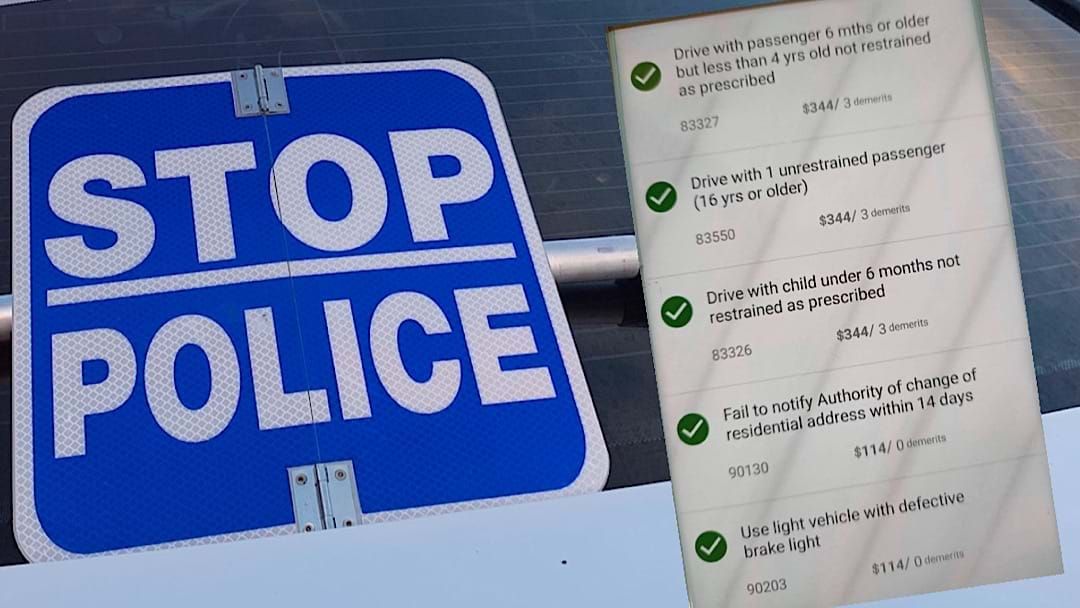 A man and woman in Grafton have been caught twice on the same day with unrestrained children in their vehicle.

At 2:21pm on Sunday, Traffic and Highway Patrol officers stopped a 29 year old male, driving a Mitsubishi Lancer, on Pound St in Grafton for a random breath test.

Police discovered a 3 month old baby in the back, laying in a rear-facing child restraint not restrained at all, and the restraint was also not secured correctly.

A 2 year old child was also seated on the rear offside seat unrestrained and not in any child restraint.

The children's mother was seated on the rear centre seat between the children also unrestrained.

According to Police, the driver had no excuse, saying it was not his car.

Police suspect the female was holding the 3 month old at the time.

The driver was issued with 3 restraint offences, carrying fines of $344 each and 18 demerit points. The man was also fined for defective brake lights $114 and fail to notify change of address $114.

The female passenger was issued with a fine of $344 for being unrestrained.

The driver was directed not to drive with the passengers unrestrained.

Just hours later around 5:30pm, the driver was again stopped driving the vehicle in Alice Street, Grafton with all three passengers still not restrained.

He was again issued with 3 restraint offences.

The driver and the mother refused to provide police with the children’s details for police to make a report to Family & Community Services, who will be notified regardless.

The female passenger was issued with a second $344 fine for being unrestrained.