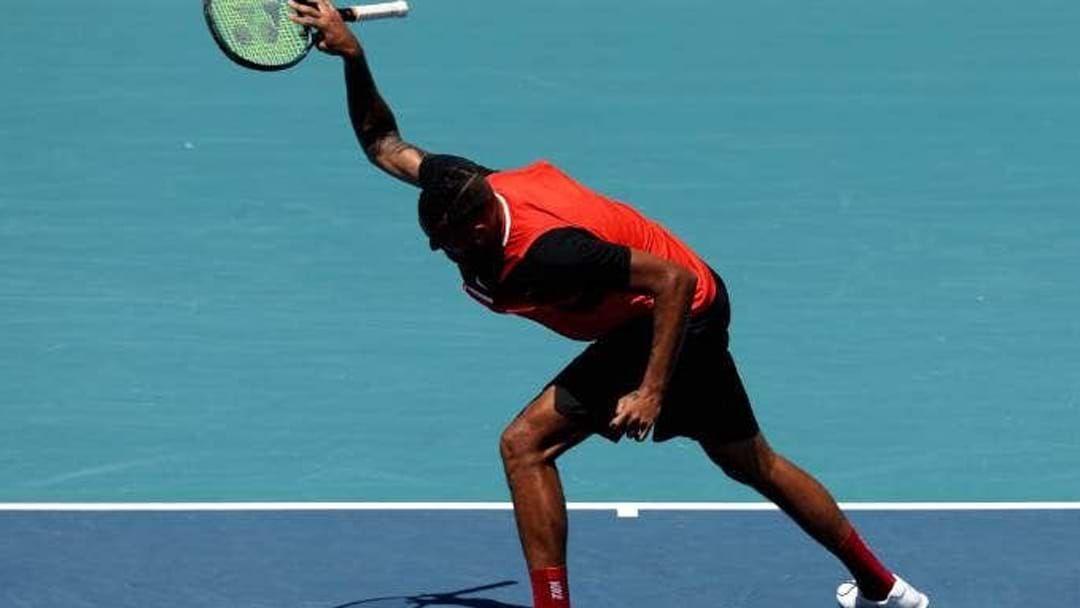 Nick Kyrgios has been penalised for unsportsmanlike conduct during an ugly defat at the Miami Open.

The unranked Australian came up against 9th-seeded Italian Jannik Sinner during the Round of 16 match in Miami, eventually losing in straight sets.

The short-tempered Kyrgios lost his cool and attacked the chair umpire Carlos Bernardes after his walkie talkie went off loudly through the first set.

As players were locked away at 4-4, Kyrgios burst into flames launching a personal attack on the Brazilian official.

"He should be fired on the spot," Kyrgios said post-game.

"How is that possible? A fourth round of Miami, one of the biggest tournaments and you guys just can’t do your job.

"It’s embarrassing. Get a new set of referees, these guys don’t know how to do s***. Walky-talkies going off.

"It’s a joke. He is a joke. Get rid of every single staff and start over ... I could do 100 times a better job. Marketing. Everything. You guys have no idea. None. You guys can’t even ref right."

During the outburst, the Australian was heard saying "the crowd's the worst, everyone's just the worst".

It comes after a similar characteristic display where he was fined $25,000 for launching his racquet at a ball boy during his Indian Wells loss to Rafael Nadal.