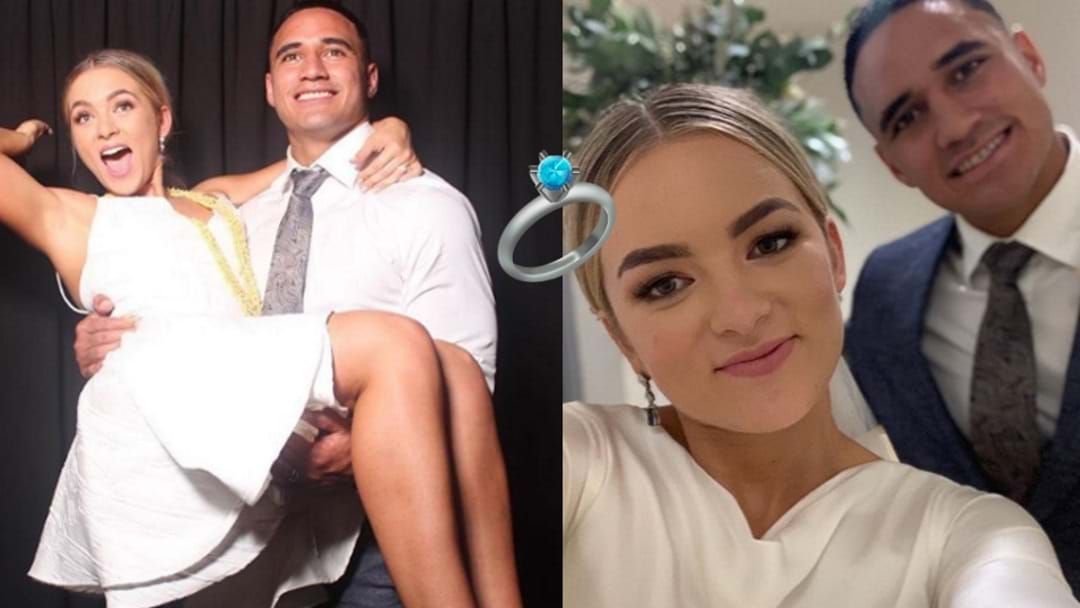 Soon Valentine Holmes will become an NFL player, but there's a new role he has taken on since the weekend, being Natalia O'Toole's husband.

Surrounded by family and friends Val and Natalia said 'I do' in a private ceremony.

Val officially announced the news via Instagram on Easter Monday.

"When you marry your best friend 💍 Thank you to everyone who made our night so special. Love you though @nataliaaotoole"

The newly weds are now officially brother and sister in law to Cowboys Captain Michael Morgan and his wifey Bri.

This week Val will head off to New York to begin pre-season training with the Jets.