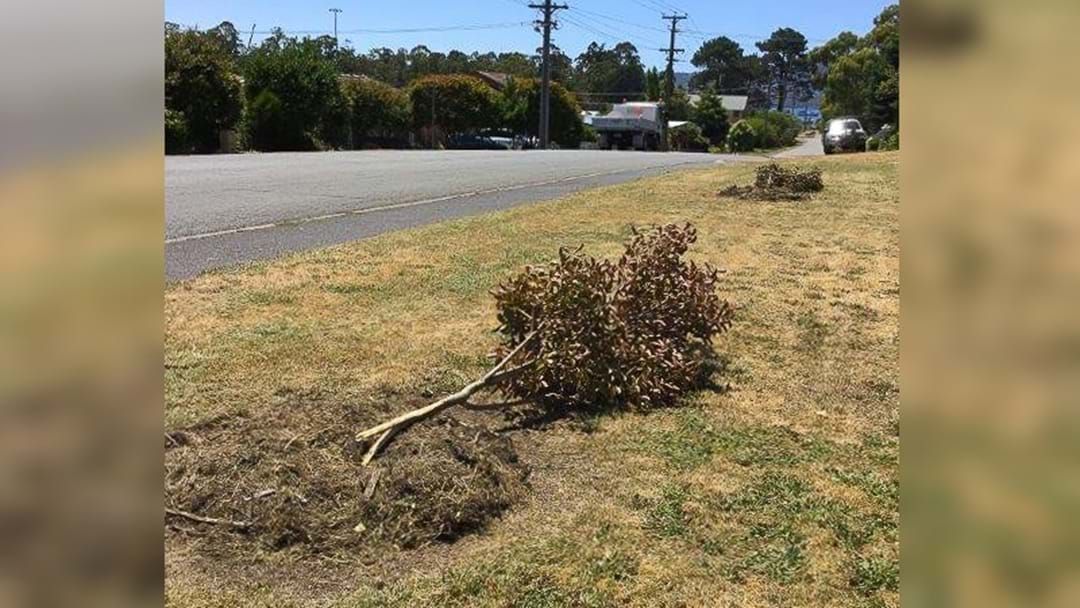 Trees planted in 2016 to commemorate the tragedy of, and recovery from, the 1967 bushfires have been vandalised for the second time.

“The community is horrified by the disrespect these vandals have shown towards people who lost their lives, family members, homes and livelihoods in the ’67 Bushfires,” said the Mayor of Kingborough, Cr Dean Winter. “The two acts of vandalism to these memorial trees have cost Council over $10,000 and we have reported the recent incident to Tasmania Police.”

The trees were planted to represent each year passed since ‘Black Tuesday’ for the 50th anniversary commemoration. They lead to the memorial and garden created a decade ago, and are an ongoing memorial to those who lost their lives and to the resilience of the survivors.

Cr David Grace, Chair of the working group who organised the trees and 50th anniversary commemoration, said “It is devastating to this community, particularly as the 51st anniversary of the bushfires is just weeks away. We encourage anyone who saw the vandalism to contact the police.”

In October last year, six trees were destroyed and replaced and this incident has seen 13 trees destroyed. Council will be replacing the trees, however they will sadly not be planted in time for the 51st anniversary on 7 February 2019. The most appropriate time for replanting will be in May or June.