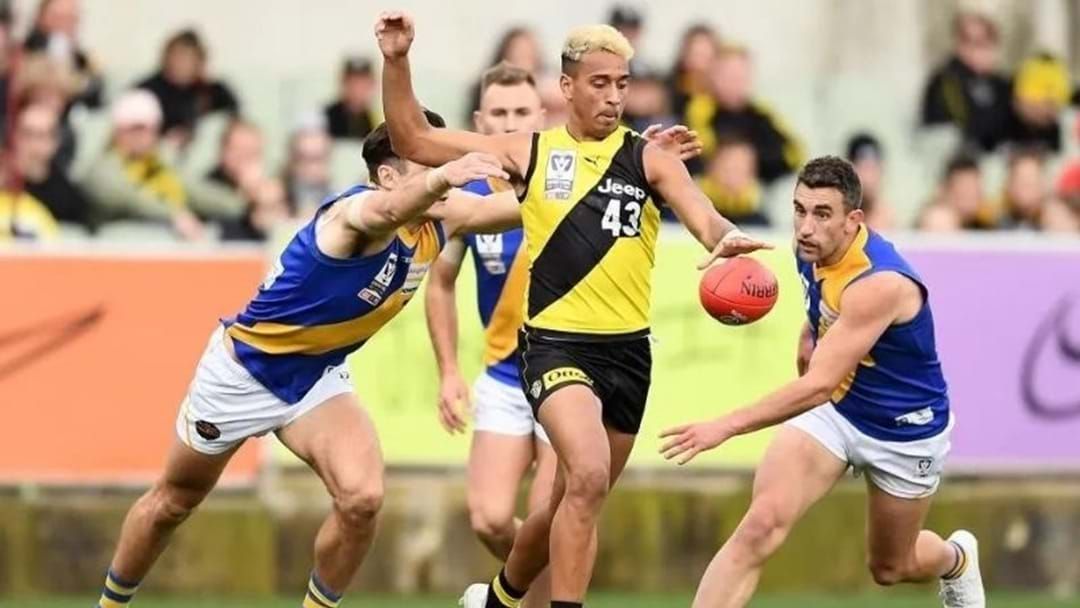 The State Government's seven-day lockdown will cause all Victorian state-league and community matches to be postponed until further notice.

Games to be scheduled at a later date include both men and womens' second-tier competition, which was set to begin on Thursday night.

The decision to include Thursday's clash between Frankston and Richmond was made by the AFL to consider fair structure across the weekend's fixture.

"Although the game would have been played before the lockdown begins, the AFL believed it was in the best interests of the safety of the community to not go ahead with the game, as well as challenges with Richmond’s playing list with the Tigers bracing to head to Sydney," an AFL.com.au statement read.

VFL matches which were scheduled in both Queensland and New South Wales will not be played due to travel limitations.

"The AFL has prepared for this situation and the inclusion of three allocated byes for all VFL clubs provides flexibility with the fixture," the statement said.

"The VFLW home and away season has two games remaining before a scheduled bye and the AFL will work through a revised fixture for all clubs."

Community sport across the state will be stopped immediately, including all NAB League matches and the Under-19 AFLW Championship game.