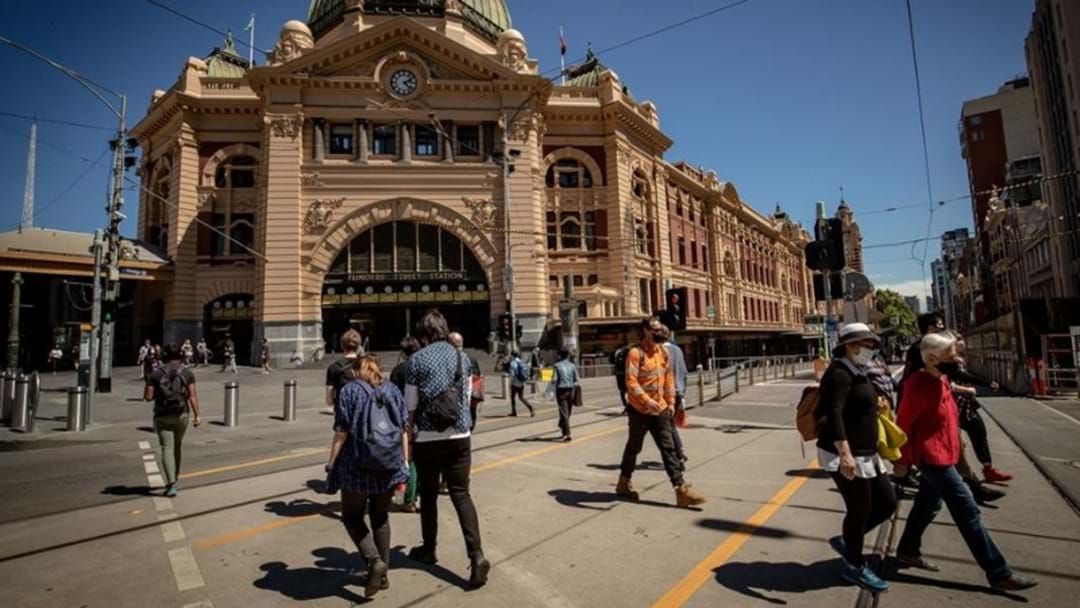 There are 17,518 active coronavirus cases, with 378 people in hospital, while 78 of those are in ICU and 48 are on ventilators.

Another 71 people are in intensive care with Covid, but the health Department have confirmed their infections are no longer considered active.

The new cases were detected from 48,104 swabs collected on Sunday, while 5,030 vaccine doses were administered at state-run hubs, with more at GP clinics and pharmacies.

As of Monday morning, 87 per cent of Victorians aged over 12 are now fully vaccinated.

Meantime, a handful of protesters braved the unseasonable cold overnight outside state parliament vowing not to move until the the proposed Pandemic bill is defeated.

The sit-in, or rather camp-in, comes after thousands marched through the CBD on Saturday, chanting “Kill the Bill”.

Sunrise reporter Nathan Currie has been on the scene and said they're worried the proposed laws are 'overreach'.

"They do seem like they're genuinely concerned about the bill rather than people just being here to cause trouble. These people are quite friendly and approachable, they just seem very concerned about it," he reported.

"Basically, they are just concerned that no one person should have the amount of power that this bill is proposing"

Aware of “an ongoing protest on Government House Drive in Melbourne," a police spokesperson said the situation was being monitored.

“Police and Protective Service Officers will continue to monitor the peaceful protest to ensure that public safety is maintained,” they said.

Meanwhile, human rights groups and law experts are also up in arms over the legislation, saying it gives an enormous amount of power to the premier without checks and balances.

The new pandemic laws that are being proposed, would essentially allow the government "extraordinarily broad" authority to make special pandemic orders based on a person’s age, gender, or marital status.

Concerned human rights and responsibilities are being breached, along with discriminations, 'such as age, gender, disability or pregnancy,' restrictions could also be imposed based on someone's political beliefs, industrial activity or religion.