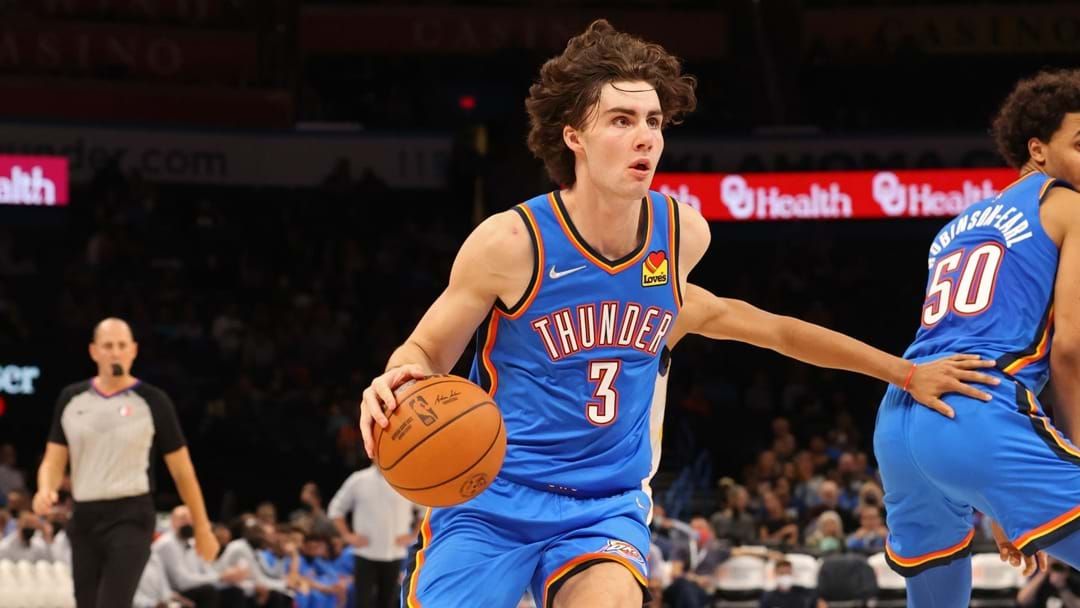 Matching up against a Lebron-less Los Angeles Lakers on Thursday, Giddey recorded 18 points and 10 assists.

He is now the youngest player behind Lebron James to notch up 10+ assists in an NBA professional game.

Giddey arrived into the star-studded NBA after completing one season with the Adelaide 36ers in the National Basketball League on home soil.

The lengthy, playmaking guard chose a similar path to recent NBA Rookie of the Year LaMelo Ball - with the pathway from the Aussie league now becoming a notable option for young prodigies.

Drafted at pick six, Giddey has already made an impact with the Thunder through five contests.

In his debut game, the 19-year-old amassed 10 rebounds against Utah Jazz. He followed that performance with a 19 point, 8 rebound, 7 assist game against Philadelphia two games later.

Scoring 10+ points and 10+ rebounds or assists classifies as a 'double-double' in basketball terminology, there's no doubt hoop-loving Australian fans will see more records broken and more eye-catching games from the Australian.