Melbourne NewsVictorians Clean Up After Wild Night Of Damaging Wind

Victorians Clean Up After Wild Night Of Damaging Wind 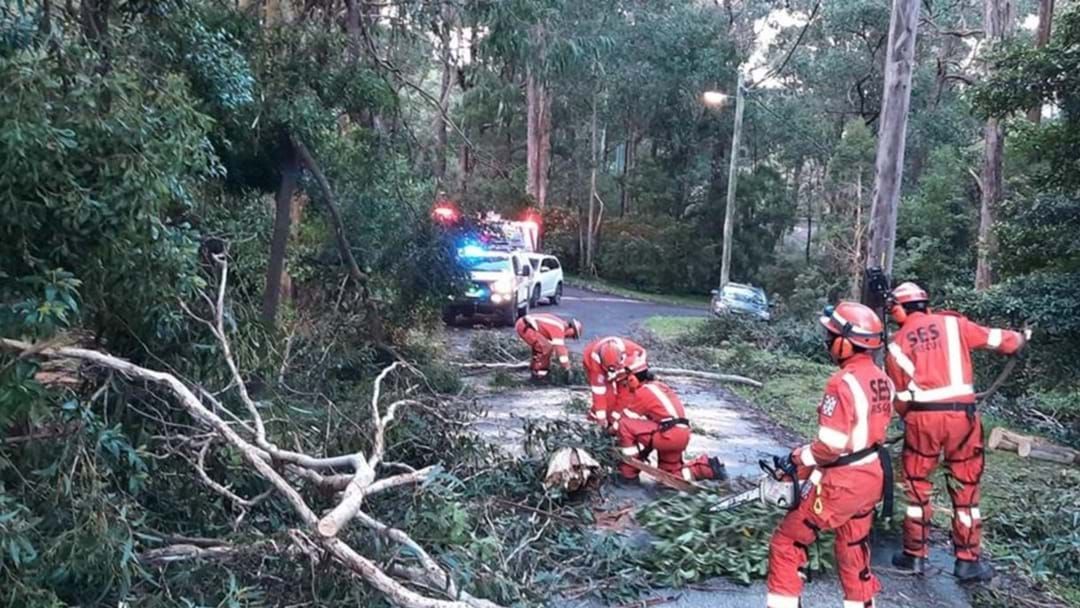 The Bureau of Meteorology had a severe weather warning in place overnight as “destructive winds” of up to 130km/h were predicted to rattle the state.

Stay up-to-date on the latest news with The Victorian Briefing - keeping you in the loop with news as it hits:

Victorians are being warned to brace for more wild weather, with the cold front which entered the state on Tuesday expected to continue into Wednesday afternoon – causing winds of up to 110km/h.

The warning is in place for people in East Gippsland, North East and South Gippsland.

The Age reported Wednesday morning that 164 requested were cleared.

Of the calls for assistance, 173 were for fallen trees.

Pakenham and Emerald were the worst affected areas, according to the SES.

“The majority of call outs were for fallen trees, 173, with the most affected suburbs being Emerald, 24, Pakenham, 19, and Upper Yarra, 15,” an SES spokesperson said.

The strongest wind gust recorded was 128 km/h at Mount Hotham at 2.19am on Wednesday morning.

Bureau of Meteorology’s Phoebe de Wilt told the Herald Sun while winds over the Central Ranges and Melbourne had eased, damaging conditions were expected to continue into Wednesday afternoon.

“There are some damaging winds developing in the south-west of the state” she said.

“This will most likely affect the Grampians.

"A flood watch has also been issues for the northeast catchments.

“Snow melts will contribute to river rises into Thursday.”

The most affected suburb was Camberdown, where 491 homes had no electricity.