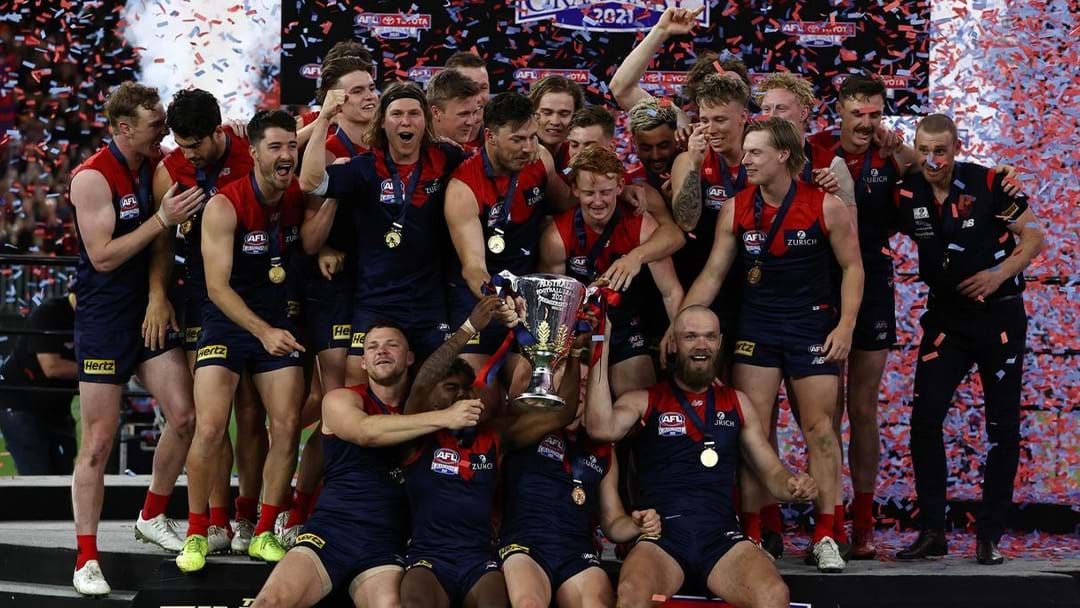 Two Victorian men are due to front court on Wednesday after an arrest was made in Bunker Bay, reports emerged of the interstate pair illegally entering the state.

The two men attended the AFL Grand Final at Optus Stadium - where CCTV footage caught the pair celebrating in the Melbourne-winning rooms post-match.

The 38 and 49-year-old are accused of breaching quarantine directions, providing misleading information on entry.

They were taken to Busselton on Tuesday, before being relocated to Perth to front the court - where they face either a 12-month prison sentence or a $50,000 fine each.

Police Commissioner Chris Dawson explained the two men and the woman they were priority tested and returned negative results.

"The woman is negative, one of the males has returned a negative result and the third test was inconclusive - so a third PCR test will be carried out and we expect we will get results on that."

Both men were photographed enjoying the celebrations in Melbourne's club rooms after their drought-breaking premiership win over Western Bulldogs.